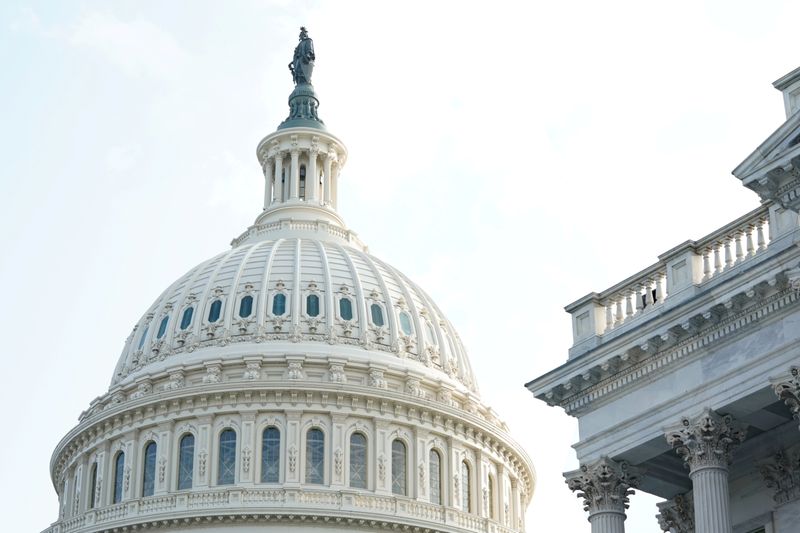 WASHINGTON (Reuters) – The future of the bipartisan U.S. infrastructure bill introduced on Sunday and a far-larger partisan tax and spending bill to follow will be heavily influenced by a pair of obscure agencies on Capitol Hill: the Congressional Budget Office and the Joint Committee on Taxation.

Their estimates of the budgetary costs and benefits of various components of the infrastructure plan, with its $550 billion in new spending, have been a crucial part of negotiations; they’ll examine trillions of spending in the mammoth reconciliation bill to follow and their work may help decide which Congress members are on board.

As soon as the 2,702-page bipartisan “Infrastructure Investment and Jobs Act” was released, the agencies began combing through its text https://www.epw.senate.gov/public/_cache/files/e/a/ea1eb2e4-56bd-45f1-a260-9d6ee951bc96/F8A7C77D69BE09151F210EB4DFE872CD.edw21a09.pdf to calculate how it will affect U.S. budget deficits over the next decade. The infrastructure package is a top legislative priority for President Joe Biden.

A CBO spokesperson declined comment on the timing of the CBO “score” for the legislation. Typically, the agency releases such estimates within days, so senators would likely have it in hand before a final vote later this week.

The CBO, which employs about 260 economists and public policy analysts, was created under the Budget Act of 1974, which revamped the federal budgeting process, to provide the new House and Senate Budget committees with “objective, impartial information about budgetary and economic issues” according to CBO’s website.

Unlike some other U.S. government-related agencies, it does just that, outsiders say.

“CBO is one of the true non-partisan, unbiased referees, which is exactly what we need right now,” said Maya MacGuineas, president of the Committee for a Responsible Federal Budget, a group advocating fiscal restraint. “One side does not get to pick its own ref.”

Like CBO, the Joint Committee on Taxation has a mandate for non-partisan analysis, but its job is focused solely on the revenue effects of tax provisions in legislation.

Formed in 1926 partly in response to a senator’s charges that tax dollars were being lost to favorable treatment of large corporations, the committee has a staff of 69 economists, lawyers, accountants and other analysts.

JCT on Monday issued its estimate https://www.jct.gov/publications/2021/jcx-33-21 of the handful of tax changes in the infrastructure bill, calculating that they would add $51 billion to U.S. tax revenues over a decade.

Another $14.5 billion comes from restoration of an excise tax on certain toxic chemicals that expired in 1995 to help pay environmental cleanup costs.

The JCT figures will be incorporated into CBO’s estimates of the bill’s broader spending and revenue provisions, including their effects on economic growth.

Last week, lawmakers were touting $522 billion in “pay-fors,” including $205 billion in repurposing existing COVID-19 relief funds and a White House estimate of $50 billion from recouping fraudulently collected supplemental unemployment benefits over the past year, a provision that has already drawn some skepticism.

“I am very confident that CBO is not going to score all of it as savings, but just how short of the $550 billion they will be is unclear,” said Shai Akabas, director of economic policy at the Bipartisan Policy Center, a centrist think tank in Washington.

A key issue here is how the agency might include “dynamic scoring,” the effects of revenue from the macroeconomic growth benefits of tax or spending legislation.

Lawmakers last week cited a previous CBO analysis that estimated $56 billion in new revenue generated over a decade by economic growth spurred by the improved infrastructure.

CBO and JCT have built up their capacity to model such outcomes in recent years, said Doug Elmendorf, who headed the CBO from 2009 to 2015.

While dynamic scoring should be applied to transformative legislation such as the infrastructure plan, most bills do not meet that test, said Elmendorf, now dean of Harvard University’s Kennedy School of Government.

A limitation for the agencies is that they apply empirical research developed largely by universities or think tanks, they don’t create it, and research in some areas is less developed. While there is ample evidence for the macroeconomic gains from reducing highway traffic delays, there is relatively less for broadband internet access and social spending.

And some improvements, such as getting home 30 minutes earlier from the office or the economic opportunities from a better education, don’t translate to the 10-year budget window that constrains CBO.

“We have to remember that the goal of policy is not to maximize GDP, it’s to maximize people’s well-being,” Elmendorf said.