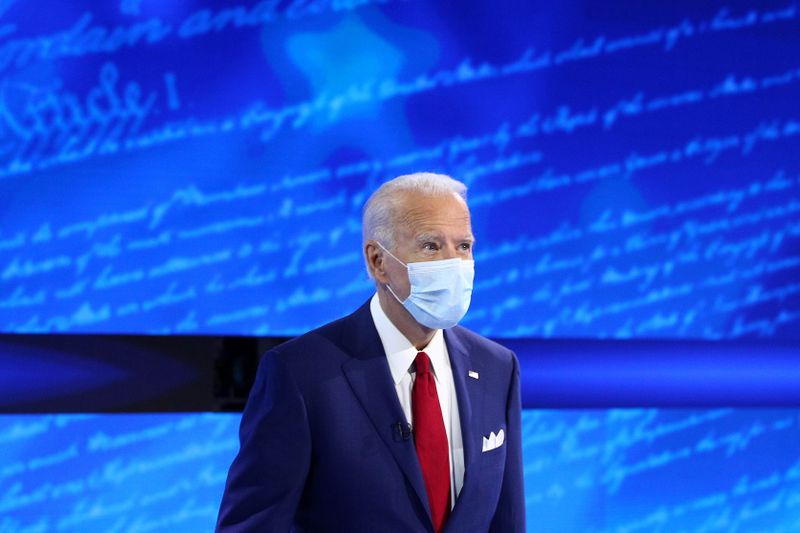 (Reuters) – Democratic consumers gained ground on their Republican counterparts in their assessment of the economic outlook in early October as the race for the White House that appears increasingly to favor their candidate enters its final stretch.

Overall U.S. consumer sentiment inched up to a seven-month high in early October, led by an uptick in optimism for the future, according to the preliminary reading of the University of Michigan’s Surveys of Consumers sentiment index.

But the gain largely came on the back of consumers identifying as Democrats who grew markedly more optimistic, while confidence in the future among those identifying as Republicans increased just negligibly.

Readings for economic expectations hit their low-water marks for consumers from both parties in May – after two straight months of nationwide business shutdowns to contain COVID-19 tanked the economy. Since then, optimism for the future among Democrats has rebounded sharply, even as their assessment of current conditions has barely improved, an improvement that dovetails with the trajectory of polls showing a widening lead for Democratic presidential contender Joe Biden over the incumbent Republican president, Donald Trump.

In fact, the University of Michigan’s expectations index for Democratic consumers has improved by 44% off May’s low versus a gain of just 15% among Republican consumers.

Among all households in the survey, 52% now expect a Biden win versus 48% in July, August and September, while those seeing a Trump victory dropped to 45% from 47% over the same period. That represents a net gain of six percentage points for Biden.

Moreover, fewer Republican consumers now expect Trump to win next month than they did in the previous three months, while Democratic consumers have become more confident in a Biden win, the University of Michigan data showed.

Still, he said, all may not be lost for Trump because independents see him winning by a narrow margin.

“Most elections are decided by those who are non-aligned with either party,” Curtin said. “The views of Independents remained unchanged and nearly equal, giving Trump a slight advantage of 2 or 3 points.”