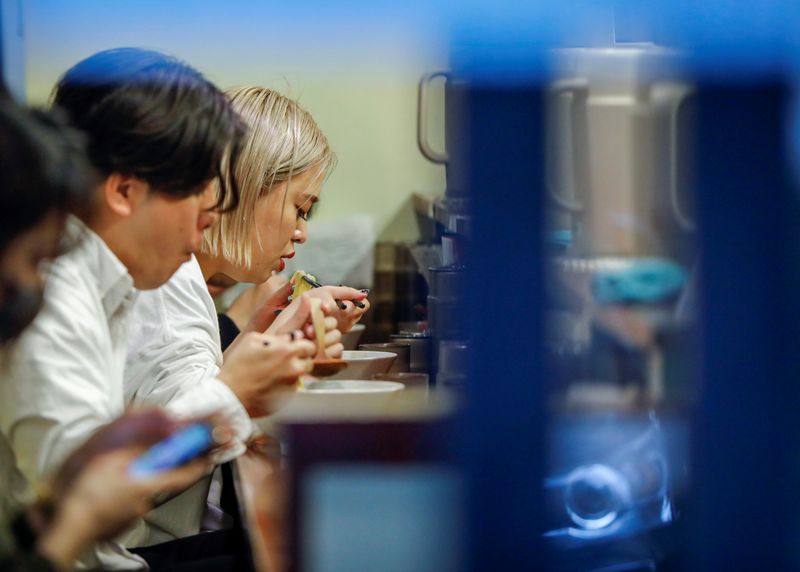 By Yoshifumi Takemoto and Kantaro Komiya

The relentless uptrend in global commodity prices following the war in Ukraine could ruin import-reliant Japan’s fragile recovery from the pandemic, even as domestic COVID-19 infections wane and social distancing curbs are reduced, analysts say.

The Tokyo core consumer price index (CPI), which excludes volatile fresh food but includes energy items, rose 0.8% year-on-year in March, the fastest pace since December 2019 and higher than a median market forecast for a 0.7% gain.

The inflation measure in Japan’s capital is considered a leading indicator of the nationwide core CPI that is released around a month later.

A 26.1% surge in energy prices – the fastest annual growth in 41 years – drove up the Tokyo core CPI for March, the data showed.

Prices also increased among a wide range of items from food to entertainment services.

In the overall reading that includes fresh food prices, Tokyo CPI in March rose 1.3% from a year earlier, hitting the highest since April 2019.

But the one-off effect of cuts in cellphone fees stripped 1.08 points off the overall index, it showed.

Even before Russia’s invasion of Ukraine, policymakers at the Bank of Japan had expected core inflation to approach its rarely-met 2% target, according to the minutes of their January meeting released on Thursday.

Japanese Prime Minister Fumio Kishida is set to instruct his cabinet next week to draw up new relief measures, such as fuel subsidies and other measures for households, to protect the economy from fresh threats of rising fuel costs and other goods.