Global markets made record highs on Wednesday morning following a rally of key US indices. managed to close above 30,000 for the first time in history, climbed above 12,000 and closed above 3,600 on Tuesday. We have seen slippages and short-term pullbacks near these levels since September.

So it will be interesting to see if the markets are ready to reach a new level this time. The dynamics of other markets are still indicating that the growth momentum of the markets will continue for now. 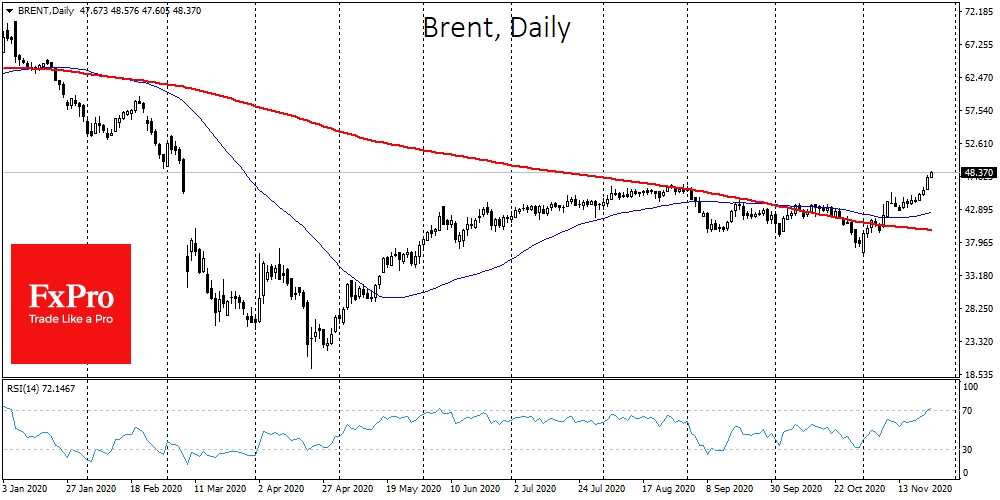 Not only has oil managed to move above the highs of August, but it has also increased its growth at an exit above $46.6 per barrel of . This morning, the price of a barrel reached $48.6. These are the highs from the 6th March, before the US and European lockdowns. So, in this case, we can say that oil has managed to escape the coronavirus corridor.

The continues to siege lows of two and a half years. The rebound from 92 earlier in the week was unsustainable, as one would expect from the dollar’s growth on strong macro data. is again flirting with 1.19 and with 1.3350. 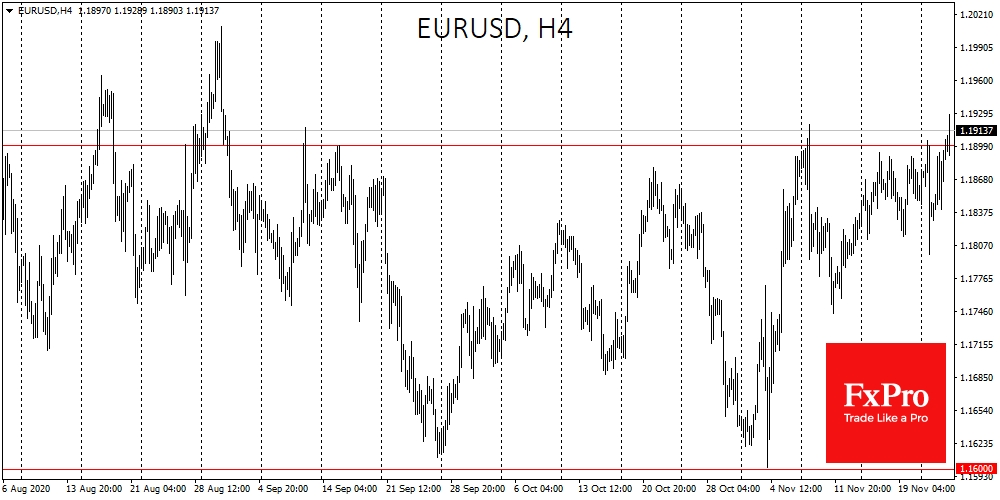 EURUSD is again flirting with 1.19

Since the beginning of November, purchases in these pairs have been starting from increasingly higher levels. Although the growth impulses have previously rested on resistance, the sequence of shallow pullbacks is more likely to happen sooner rather than later. This is also an argument in favor of maintaining the momentum of buying risky assets.

The price of gold fell yesterday close to $1800, where a 200-day moving average is now situated. The recovery in market optimism has washed away the demand for gold as a refuge for capital during stock market turbulence. 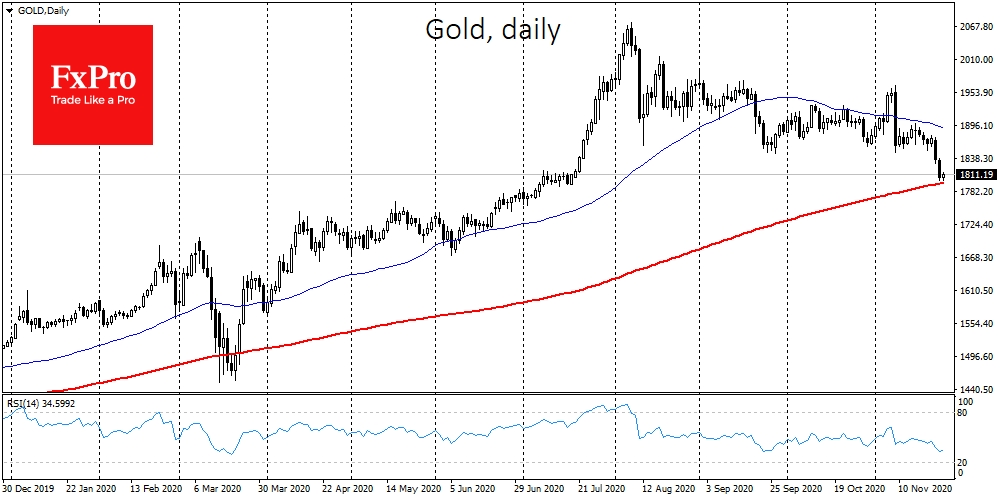 This weakening of gold may be short-lived, as interest in gold is fuelled both by rising commodity market prices and abundant liquidity at extremely low government bond yields.