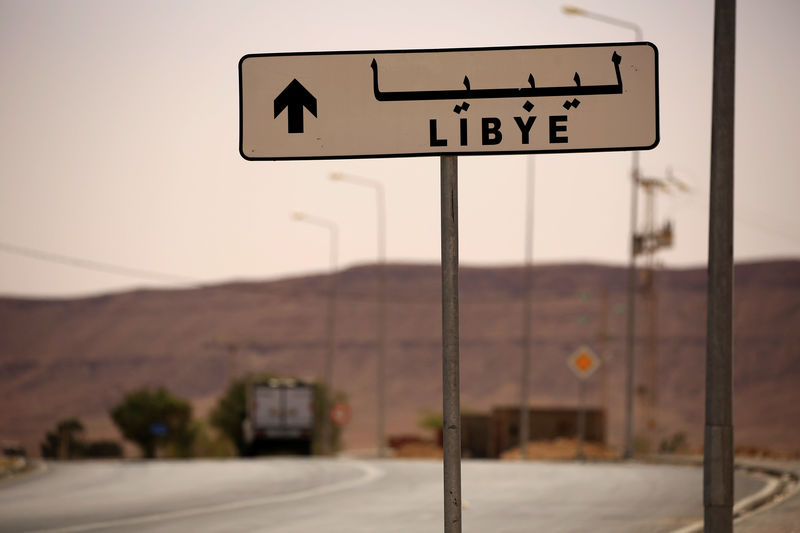 Investing.com — Crude oil prices slipped on Friday in early trade in New York as warring parties in Libya signed what they styled a permanent ceasefire, paving the way for sustained higher exports from the North African country at a time when the global market’s ability to absorb them is in question.

The UN-backed Government of National Accord and the Russian-backed Libyan National Army have been at war for some 18 months, in which time the OPEC member’s exports have slowed to a trickle. However Petroleum Argus cited sources Friday saying that the country’s output has already rebounded to 525,000 barrels a day since a temporary ceasefire which started in September, and Libya has the capacity to produce another 500,000 b/d.

That’s a problem for the oil market because Libya isn’t obliged not to raise its output by the terms of the OPEC+ deal that’s currently keeping some 7.7 million barrels a day off world markets.

Overnight, prices had been supported by comments from Russian President Vladimir Putin to a roundtable of journalists and academics in which he explicitly left open the possibility of delaying an increase in production currently scheduled for the start of next year, if need be.

Prices had barely reacted to the last presidential debate on Thursday evening, at which Democratic Party nominee Joe Biden, who is ahead in most polls ahead of the November 3 contest, acknowledged he would want a transition away from oil and gas if elected. He acknowledged this would take years.

Irrespective of the election, Ryan Lance, CEO of ConocoPhillips (NYSE:), told the Financial Times in an interview that he expects a sharp drop in U.S. production in the next few months as shale drillers struggle to raise capital to replace depleted wells. U.S, oil output has already fallen from some 13 million barrels a day before the pandemic to only 10.5 million b/d during the last month.

““I think there’s going to be a pretty dramatic fall-off as we go into 2021, as the decline curves start to take hold,” Lance said.

Such factors are tempting more analysts into calling a bottom to the current price cycle. Capex cutbacks across the industry in response to low prices mean that every slump has the seed of the next rally within it.