Democrats in U.S. drilling states push back against Biden oil remarks By Reuters 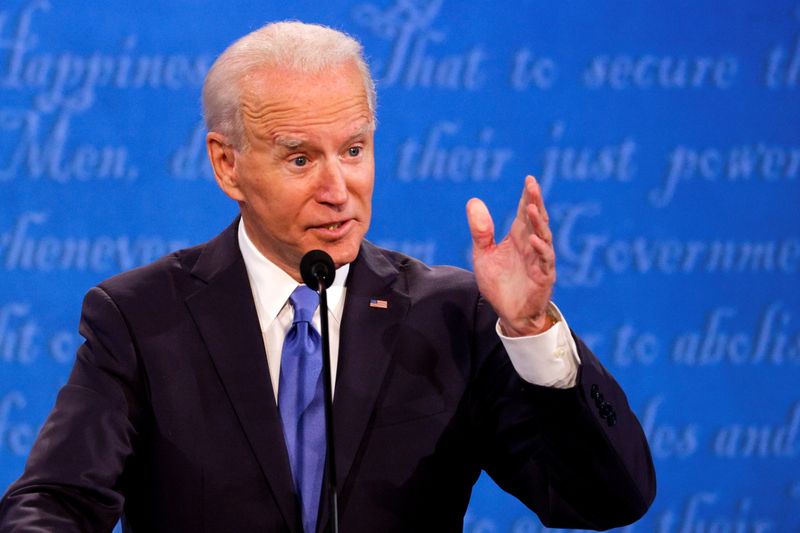 (Reuters) – Democratic candidates in oil drilling states were quick to distance themselves on Friday from comments by their party’s presidential candidate, Joe Biden, that indicated he would move the United States away from a reliance on oil.

From Texas to Montana, Democrats locked in tight congressional races in Nov. 3’s general election took to Twitter to affirm their support for the fossil fuel industries and workers in their states.

“I’ll always stand up to my party when it’s out of touch with our Montana way of life,” Governor Steve Bullock, who is running for U.S. Senate, tweeted on Friday.

President Donald Trump, who trails Biden in national opinion polls, accused his rival in their final presidential debate on Thursday of planning to destroy the oil industry, leading the former vice president to respond that he did believe the country should eventually replace oil with solar, wind and other forms of non-polluting power.

“I would transition from the oil industry, yes,” Biden said.

After the debate, Biden told reporters he was referring to a plan to stop subsidizing fossil fuels: “… they’re not going to lose their jobs. Besides, a lot more jobs are going to be created in other alternatives.”

Trump’s campaign seized on Biden’s remarks, promoting a new advertisement on Friday that said thousands of drilling jobs were at stake in the battleground state of Pennsylvania.

Polls show Torres Small in a tight race against Republican opponent Yvette Herrell, who she narrowly unseated in 2018.

Torres Small said she was willing to break with her party on the issue, a sentiment echoed by Bullock, who briefly sought the Democratic presidential nomination himself, and U.S. Representative Kendra Horn of Oklahoma.

U.S. Representative Lizzie Fletcher, a Democrat running for re-election in Houston, the capital of the U.S. oil industry, said in a statement that Biden’s comments “fail to address the complexity of our energy needs and plan for our future.”

Biden says his $2 trillion plan to combat climate change through investment in clean energy will create millions of jobs, a stark contrast to Trump administration policies that promote fossil fuel development and play down the threat of climate change.

Nationally, Biden’s plan enjoys the support of two-thirds of voters, according to a New York Times/Siena College poll this month. But in states where the oil industry is a major employer, many voters are skeptical of a move away from fossil fuels.

“The president likes to put everything out of context,” the California senator said at a campaign stop in Atlanta.