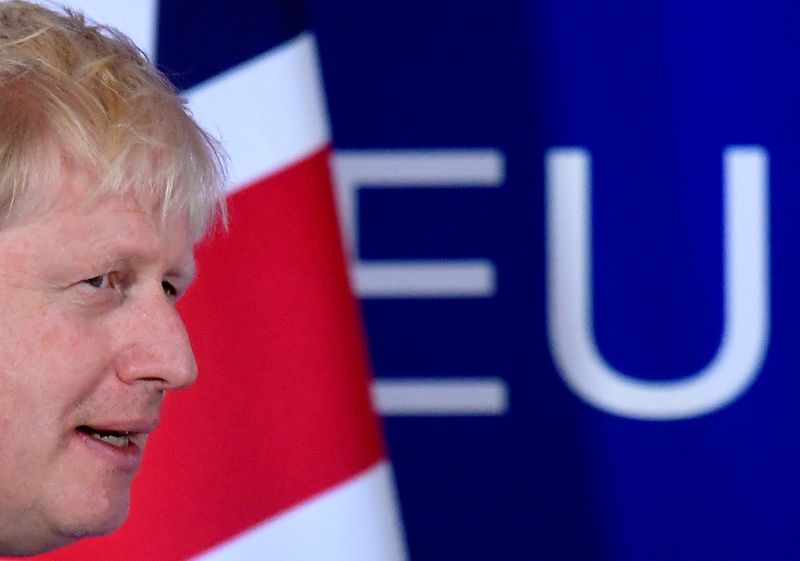 BRUSSELS (Reuters) – Chief Brexit negotiators suspended direct talks on Thursday after a member of the EU team tested positive for COVID-19, but officials continued working remotely to clinch an EU-UK trade deal that would come into force in just six weeks.

Finland’s European affairs minister, Tytti Tuppurainen, said the talks could still succeed and a “comprehensive” deal be agreed in time before Britain’s transition out of the European Union completes on Dec. 31.

“We are at a critical stage of the negotiations,” Tuppurainen told Reuters in a phone interview. “The time pressure is huge and we all realise that time is running out … I haven’t given up faith.”

“We all have to do our outmost in order to reach the agreement. That’s the aim of the EU. We want to have a comprehensive, a balanced agreement with the UK.”

She spoke as the chief Brexit negotiators, the EU’s Michel Barnier and the UK’s David Frost, suspended direct talks after an EU team member tested positive for COVID-19.

“The teams will continue their work in full respect of guidelines,” Barnier said on Twitter.

Some EU member states including the Netherlands, France, Belgium and Spain asked the executive European Commission – which is negotiating with Britain on behalf of the bloc – to update emergency plans for a possible no-deal Brexit.

France’s representative in the Commission, Internal Market Commissioner Thierry Breton, said Britain must accept fair competition rules for companies or be shut out of the EU’s single market of 450 million consumers from 2021.

“I understand very well that our British friends wish to be able to benefit from the internal market,” Breton said. “If the British accept these rules they will be welcome. But if they do not accept them, there will be no deal.”

Any new EU-UK accord must be stable to give businesses investment security rather than exposing them to the risk of future renegotiation of trading terms, he said.

The Commission has held off on updating Brexit contingency plans amid the final push for a deal. It previously said it remained focused on getting a deal and that countries, firms and people have had a long time to prepare for any outcome.

“Taken all into consideration, the situation with COVID-19, the situation on global markets, it’s in everybody’s interest that we reach an agreement with a trading partner with trade standards so close to ours, so close to us geographically – and a close friend,” Finland’s Tuppurainen said.

Commission chief Ursula von der Leyen was due to update EU national leaders on Brexit during a video call on Thursday evening that is intended also to focus on COVID-19 and the bloc’s next budget and economic recovery plan.

On Friday, the Commission will update member states’ envoys to Brussels on latest developments.

“What is needed is a political decision from the very top in the UK. We don’t know when that comes. Or if it comes at all,” said an EU official involved in the negotiations.

Facebook
Twitter
Pinterest
WhatsApp
Previous articleThai music festival to use its own token for a cashless event By Cointelegraph
Next articleU.S. existing home sales rise for fifth straight month By Reuters