Does The Market Really Think The Fed Will Delay Tapering?


Stocks finished the day higher after another strange day, which was baffling from several metrics. The GDP print showed just 2% growth for the third quarter versus expectations of 2.7%. Meanwhile, the ECB left monetary policy unchanged and pushed back against the market’s view of the ECB hiking rates in 2022.

All of that news hitting at the same time made it even harder to figure out what the market was doing. But watching the FX market closely today, it became clear that the dollar was weakening against every currency, not just the euro, which ruled out the idea that the weaker dollar was due to the ECB. Meanwhile, yields fell most of the morning and finally started to rebound by day’s end.

The price action left me thinking that the market now believes the weak GDP print will hold off the Fed taper. I believe that is highly unlikely. Powell himself, on October 22, said that he now thinks it is the time to taper, but not the time to raise rates. He said that on October 22, you could watch the video and go to the 17:40 mark to watch him say. When he said that just last week, I’m sure he was fully aware of how much the US economy slowed.

Besides, the Fed has a dual mandate for price stability and full employment, not GDP growth. So does the economy warrant low rates? Sure. Does it require QE at this point? Probably not, certainly not at the current pace. So if the market thinks that the Fed is not going to taper, I think it will be upset next Wednesday.

The S&P 500 managed to rise back to yesterday’s highs. Today’s move looked like an awful lot like a Wave 2, with a 100% retracement of wave 1. If so, tomorrow is likely to be a lower day and the start of Wave 3 down.

If not, then there is a potential inverse head and shoulder pattern forming too, which would mean much higher prices. But until proven otherwise I will stick with the wave 2 view. 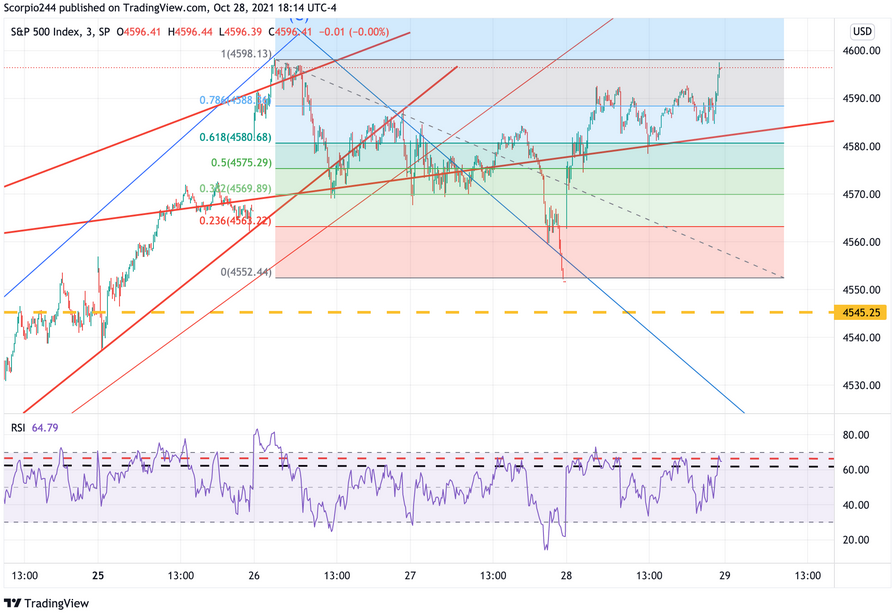 The dollar fell sharply today, but managed to hold the trend line. I thought it was clear as day that GDP would be a colossal disappointment, but it appears to have not been “priced in.” For now, the trends are holding. After the market digests this, I feel that the dollar will reverse and start moving higher again. My view of a higher dollar is unchanged. 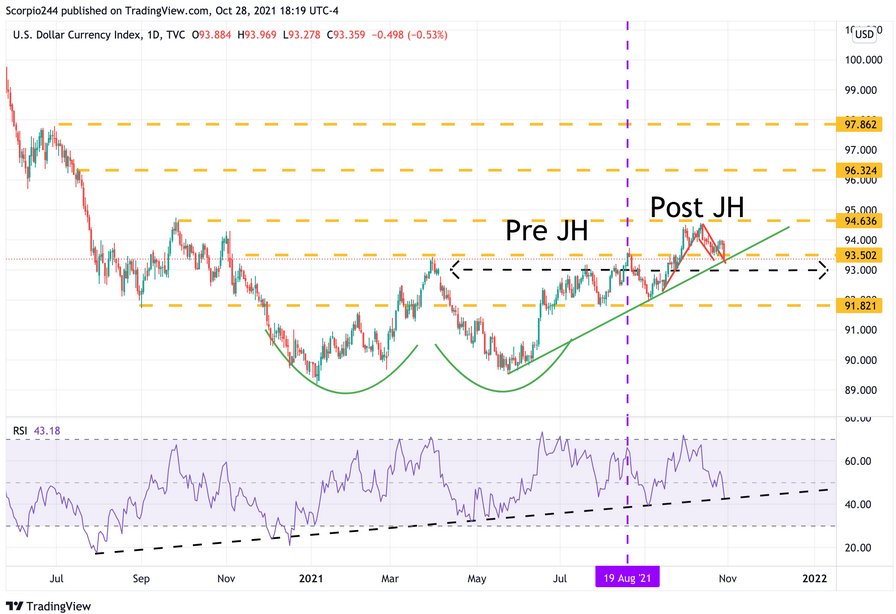 Amazon had pretty bad results and gave disappointing guidance. From the little bit I have read so far, it sounds like slower revenue growth and higher cost. That is a bad combination. After hours, the stock is trading down 4%, and I’m surprised that it is not down more. The stock has support at $3,300, but I would be surprised if that holds, and I think the first real test will come at $3,200. 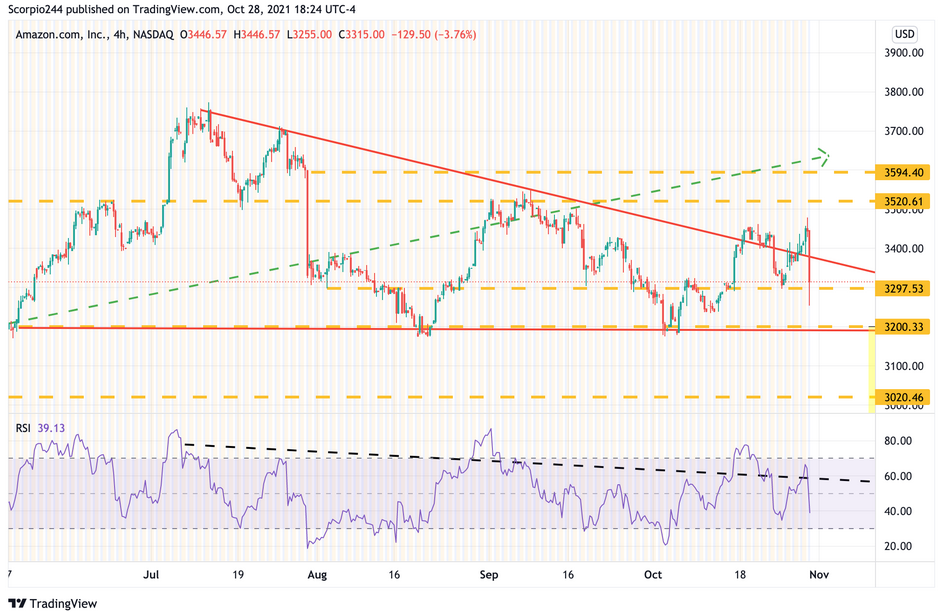 Apple is also down around 4% after hours, with revenue missing estimates and the company, noting that supply chain constraints will worsen next quarter. I have been looking for this stock to fall to the low $130s for some time. After these results, it should be on its way there now. 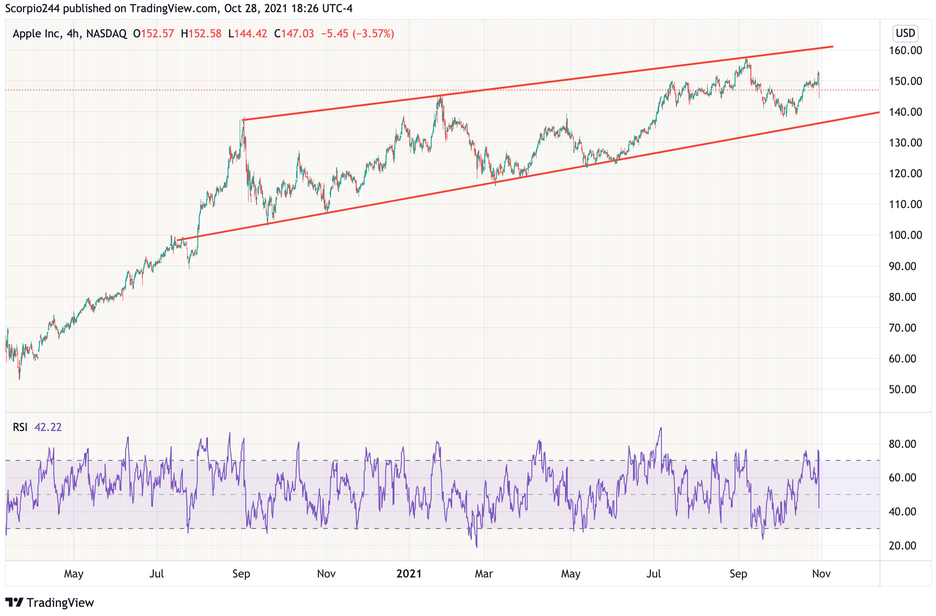 Micron is falling 2% tonight after Western Digital’s results sent the shares plunging by 10%. On top of that, Digitimes is reporting that DRAM prices are still falling. It looks like a bear flag on the chart, and if so, it would be a perfect setup for that drop to $58 I have been eyeing for some time.

Anyway, we will see what happens tomorrow.

Facebook
Twitter
Pinterest
WhatsApp
Previous articleWeek Ahead – Dollar braces for Fed and NFP but will BoE steal the limelight?
Next articlePope leads calls for climate action as rich nations sound alarm By Reuters