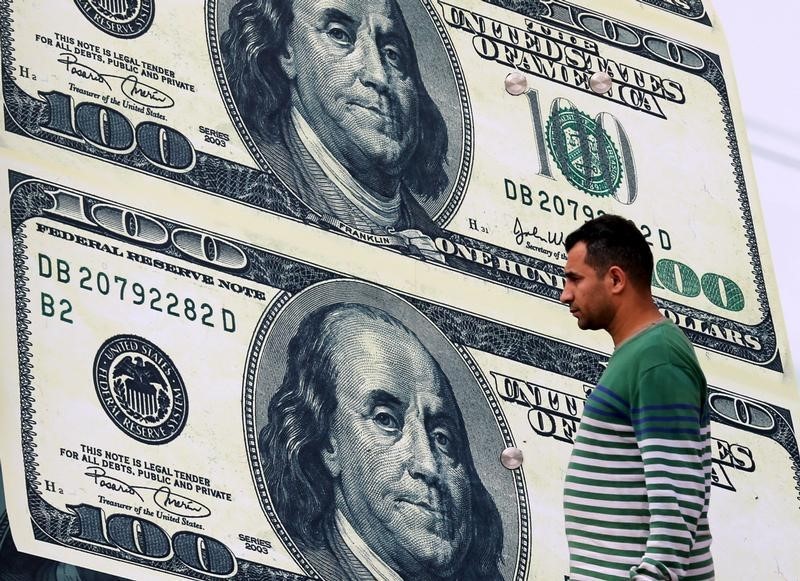 Investing.com – The dollar edged higher in early European trade Wednesday, with traders having to absorb the competing influences of healthy economic data from China as well as the contentious presidential debate between U.S. President Donald Trump and Democrat Joe Biden.

President Trump and his Democratic challenger, former Vice President Biden, faced off in their first debate of the campaign in Cleveland on Tuesday, a debate which saw both sides trade insults while they attempted to discuss issues such as Trump’s leadership, the Covid-19 pandemic, the economy, and taxes.

“We expect a Trump re-election to be a USD-positive, although the non-negligible risk of a contested outcome (along with the ultra-dovish Fed) may keep the the dollar’s upside somewhat capped in the run-up to the vote, even if Trump’s perceived chances rise,” said analysts at ING, in a research note.

Earlier Wednesday, Chinese purchasing managers indexes for September had impressed, staying above the 50-mark separating growth from contraction and showed the second largest economy in the world continues to recover from Covid-19’s impact. fell 0.1% to 6.8124.

Data in Europe also painted a healthier picture. German retail sales rose much more than expected in August, potentially a guide for the country’s unemployment data later in the session, while French consumer prices were flat in September over a twelve month period, as a sharp fall in the cost of energy offset higher food and tobacco prices.

This news would usually also help a ‘risk-on’ tone in the markets, but, as Nordea analysts wrote in a research note, “Covid-19 case-counts and the uncertainty surrounding the U.S. election result could lead to a few tricky weeks ahead for risk assets.”

The global coronavirus death toll surpassed a million on Tuesday, according to data from Johns Hopkins University. It has taken just three months for Covid-19 deaths to double from half a million, an accelerating rate of fatalities since the first death was recorded in China in early January.

Investors are also focusing on the U.S. Congress’ progress towards passing the latest $2.2 trillion fiscal stimulus bill proposed by Democrats on Monday, although this is still seen as unlikely to pass through the Republican-controlled Senate.

Elsewhere, fell 0.1% at 1.2843, but not far off a one-week high on continued hopes over a Brexit deal as the final round of scheduled trade discussions got underway Tuesday.

That said, these gains could be short-lived as “nothing has changed,” Commerzbank (DE:) said.  The forex market, however, “seems to be taking a more optimistic view,” at the “risk of bitter disappointment if the negotiations this week do not result in any progress,” it added.