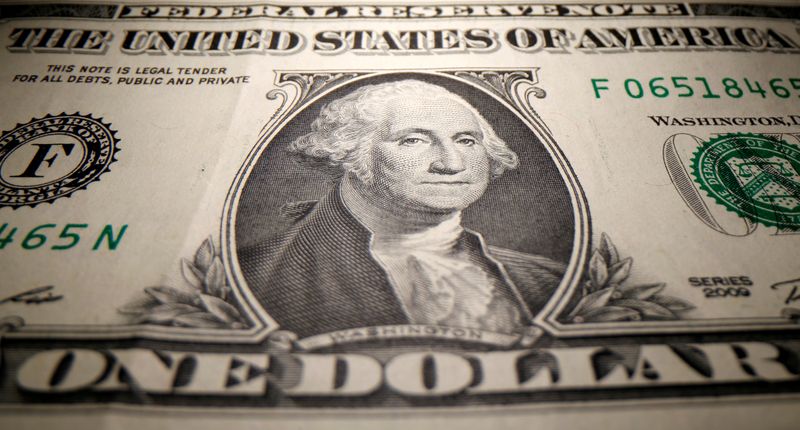 SYDNEY (Reuters) – The U.S. dollar marked time on Monday as the prospect of an early rollout of coronavirus vaccines was offset by concerns about economic restrictions to control the spread of the virus, leaving safe-haven assets in limbo.

A holiday in Japan also made for sparse liquidity and made investors reluctant to test major chart barriers on a number of dollar pairs.

The euro was hovering at $1.1858, having repeatedly failed to break above the $1.1993 resistance level last week. It needs to clear the November top of $1.1919 to extend its uptrend.

Analysts at Capital Economics are bullish on the single currency’s longer-term outlook.

“We think that the exchange rate will rise further over the next few years against a backdrop of lower euro-zone stability risks; an increased real yield gap between the euro-zone and the U.S.; and a continued recovery in the global economy,” they wrote in a note.

The dollar has also been drifting slowly lower on the Japanese yen and last stood at 103.80, just above chart support at 103.62. A break there would see a re-test of the November trough of 103.16, which was the lowest since the market turmoil of March.

Promising news on vaccines were weighing on the safe-haven dollar. The first people in the United States could receive a COVID-19 vaccine a day after the U.S. Food and Drug Administration grants approval in mid-December.

And Britain could give regulatory approval to Pfizer-BioNTech’s COVID-19 vaccine this week.

On the other hand, millions of Americans are expected to ignore warnings to stay home for the Thanksgiving holiday, while Germany might have to extend its lockdown until mid-December.

The rash of coronavirus restrictions across the United States has stoked speculation the Federal Reserve might have to ease monetary policy further, particularly with no fiscal stimulus deal in sight.

Last week’s surprise move by the U.S. Treasury Department to end some emergency lending programs only added to the speculation.

That will heighten the focus on the minutes of the U.S. central bank’s last policy meeting, which are due to be released on Wednesday. The minutes are expected to confirm Fed policymakers discussed adding to the bank’s asset-buying plans.

“The minutes should help gauge whether our call for a lengthening of the maturity mix as soon as the December meeting remains on track,” analysts at TD Securities wrote in a note.