The European Central Bank (ECB) policy meeting has become a high-impact event for the financial world and the forex market.

The US Federal Reserve and the Bank of England (BoE) have already announced the timelines for tightening their monetary policies. So, everyone expected the European regulator to follow suit. Such hawkish statements should have reinforced the . Indeed, the euro logged notable growth yesterday.

If the ECB had made hawkish statements, the euro would have strengthened to a greater degree. If we read the ECB policy statement carefully, we will find the exact wording as the previous wrap-up following Sept. 9.

In other words, the ECB stands pat on all monetary policy settings. This outcome should have produced a bearish effect on the euro. All in all, the euro’s advance is in no way related to the ECB policy decisions.

The reason behind the euro’s strength was the US macroeconomic statistics that were published in parallel to Christine Lagarde’s press conference. The flash estimate of the was much worse than expected. The US economic growth slowed to 4.9% from 12.2%.

Besides, the national economic output grew a modest 2.0% in Q3 sequentially, whereas analysts had projected a 2.7% increase. A series of indirect economic metrics published monthly provides some clues that the US economy is picking up steam vigorously. However, the new GDP data revealed that the market overestimated the actual economic recovery.

Investors have been too optimistic about the for the last two months. In light of the GDP report, they urgently revised sentiment that dented the greenback’s strength. However, the US currency found some support from the better-than-expected weekly update on unemployment claims. 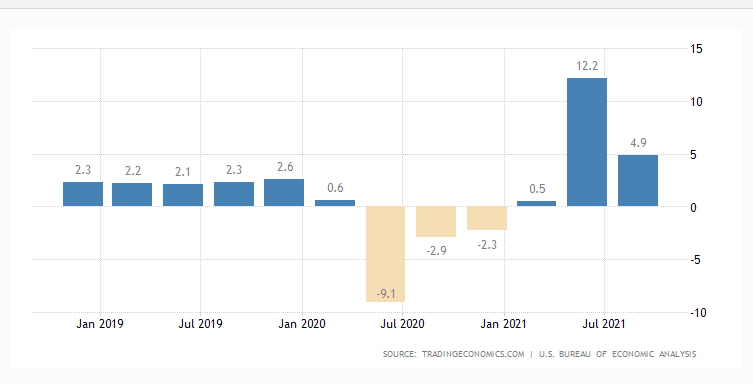 Today the odds are that the euro will lose previous gains and perhaps will return to the quotes it was trading before the US GDP release and Christine Lagarde’s . Inflation in the EU is expected to climb to 3.6% in October, up from 3.4%. Nevertheless, the ECB has not taken any counter-measures yet to tame soaring inflation.

Besides, the overall is likely to ease growth to 3.7% in the third quarter from 14.3% yearly. Therefore, the recovery in the eurozone is more robust than in the US. Such factors are putting intense pressure on the euro.

got stuck in a range of 1.1585 to 1.1625 for a short while and eventually escaped it. The news aroused speculative interest that pushed the euro 100 pips up against the US dollar.

The RSI technical indicator jumped above 70 points, signaling that the euro is overbought. EUR/USD could extend the ongoing upward correction from the support of 1.1524.

During the bounce, EUR/USD got close to the resistance of 1.1700, where traders cut on long positions, so the pair made a retracement. We can suppose that sellers will push the pair back towards 1.1640 – 1.1625 because the euro is overbought and approaching resistance.

EUR/USD’s consolidation below 1.1660 could generate the sell signal. The alternative scenario will play if EUR/USD consolidates above 1.1700 on the 4-hour chart. The corrective move will follow. 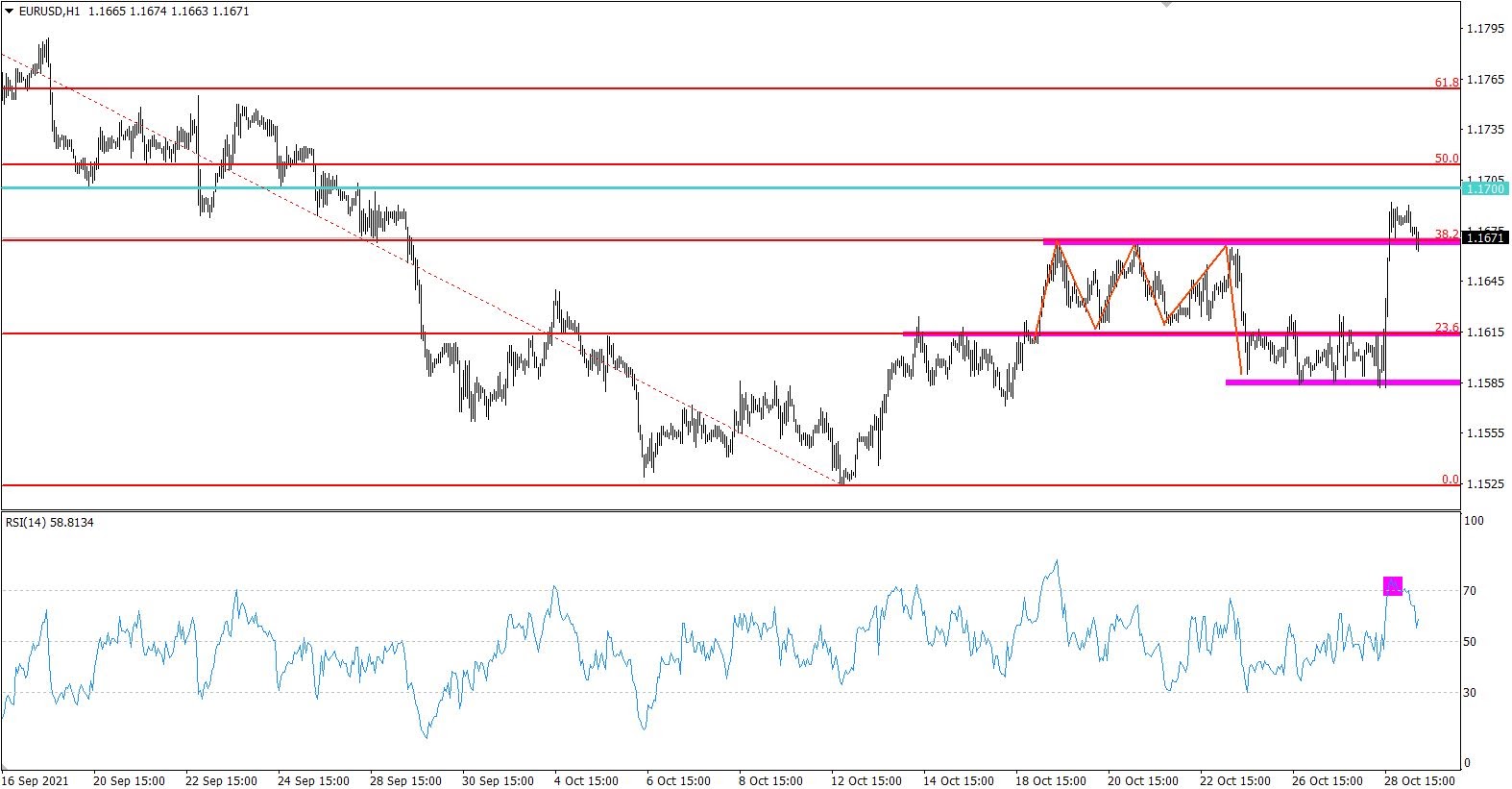