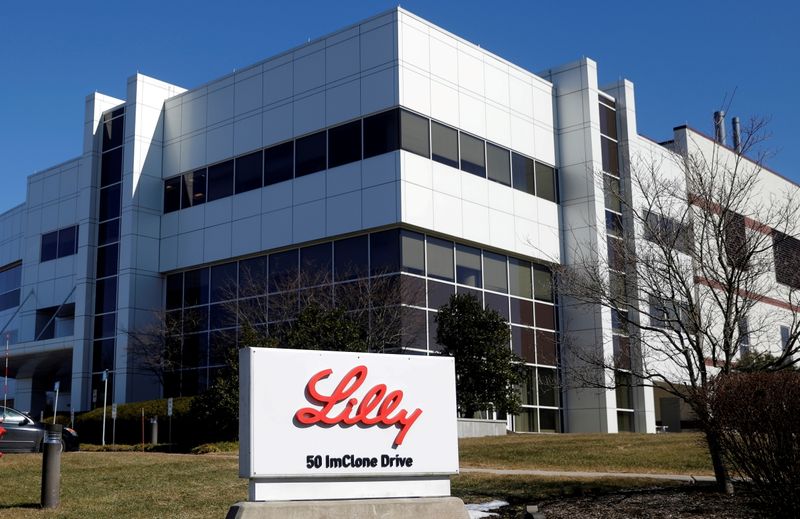 By Manas Mishra and Carl O’Donnell

(Reuters) -Eli Lilly and Co said on Tuesday it plans to seek U.S. approval for its experimental Alzheimer’s disease drug by year end and believes the treatment could be favored by doctors once it becomes available to patients.

A landmark U.S. approval of Biogen Inc (NASDAQ:)’s Alzheimer’s drug in June has boosted the chances for other medicines that clear plaques from the brain. Several companies including Lilly have been hoping to bring similar drugs to market.

Eli Lilly said mid-stage data it plans to submit to regulators for its donanemab showed that the drug more effectively cleared amyloid beta brain plaques than any other treatment.

“If you believe that lowering amyloid plaque is a good thing to do, you’re going to want the drug that lowers amyloid plaque the most,” Chief Scientific Officer Daniel Skovronsky told investors on a call to discuss quarterly results.

“There will be some physicians, I’m sure as are today, who still say I don’t want to use a drug until I have cognitive data,” Skovronsky added.

The U.S. Food and Drug Administration has come under heavy criticism for approving the Biogen drug without definitive evidence of patient benefit and over the objections of its own panel of outside experts.

Lilly said it was conducting a Phase III trial to prove the drug also helps slow cognitive decline in patients, and expects that study to be completed by 2023.

The FDA approved Biogen’s Aduhelm on June 7, using its accelerated approval pathway, which requires a study to confirm the drug works as intended against the fatal mind-wasting disease that afflicts millions of Americans.

While the FDA nod was initially hailed by patient associations and doctors long awaiting a treatment, it is now subject of a Congressional probe into the controversial approval process and the agency’s relationship with Biogen.

In the second quarter, Lilly missed analysts’ profit estimates due to low demand for its COVID-19 antibody drugs, which have been dented by the U.S. vaccine rollout.

U.S. regulators in late June halted distribution of the treatment due to low effectiveness against some highly contagious coronavirus variants that have emerged.