There are a handful of stocks which have the vast majority of the world’s attention. You need only spend a moment at /WSB to see all the teens bragging about their jaw-dropping gains, and I feel that an entire generation of compulsive gamblers is being created at this very moment. After all, how are you going to convince a kid to go through four years of college and hope for a $60,000/year job when you have this kind of post showing up every hour: 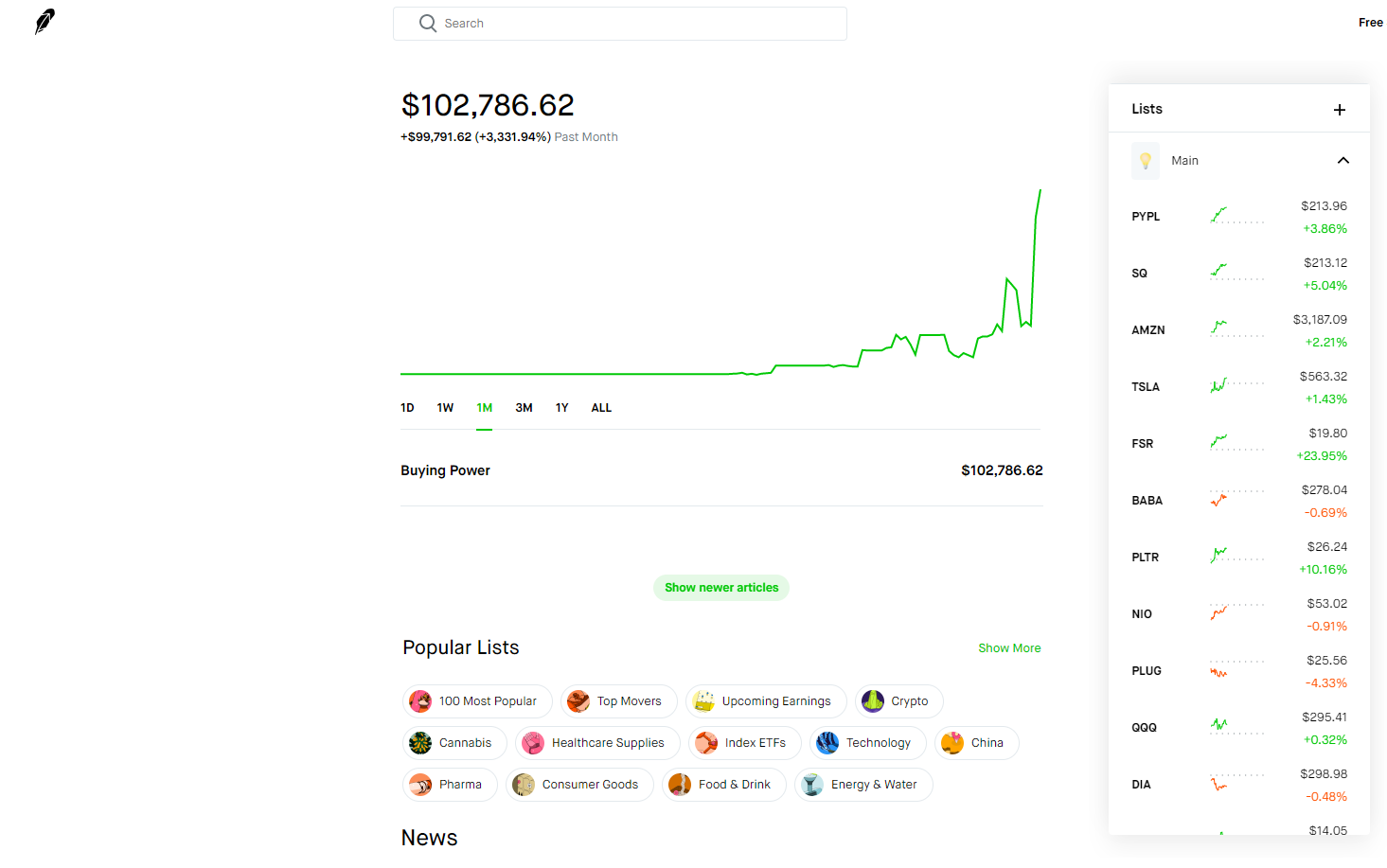 One of the favorite stocks in this crowd is, obviously, Tesla (NASDAQ:). It is up almost 800% in the past year. This is a niche electric car maker, about to be hammered by massive competition, and it is floating a market cap of nearly two thirds of a trillion dollars. Excuse me, but in-fucking-credible.

What a lot of folks don’t realize is that the vast majority of the stock’s price has been created just in the past year, instead of the nine years preceding. I don’t normally use arithmetic charts, but I will to make a point, so just check this out: 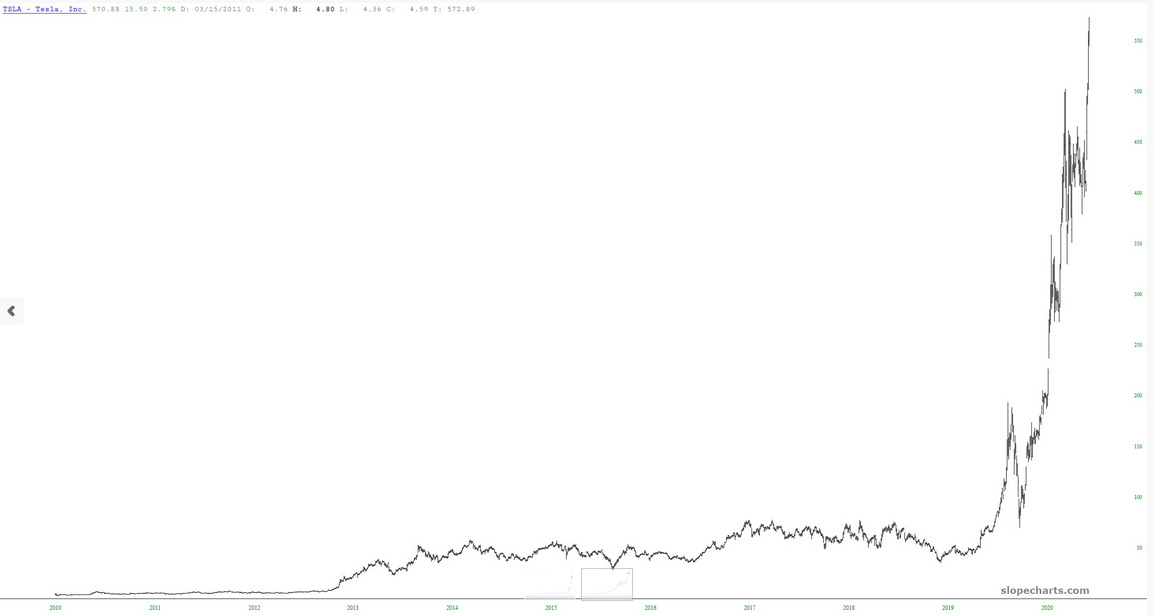 What a contrast this is to Amazon (NASDAQ:)—which is no slouch itsel—but is up “only” 75% in the past year. I have chopped off Amazon’s price history prior to 2010, to make it line up with Tesla’s chart above, but as you can see, it has been packing on the meat fairly consistent for many years, as opposed to its entire ascendency being just since late 2019. 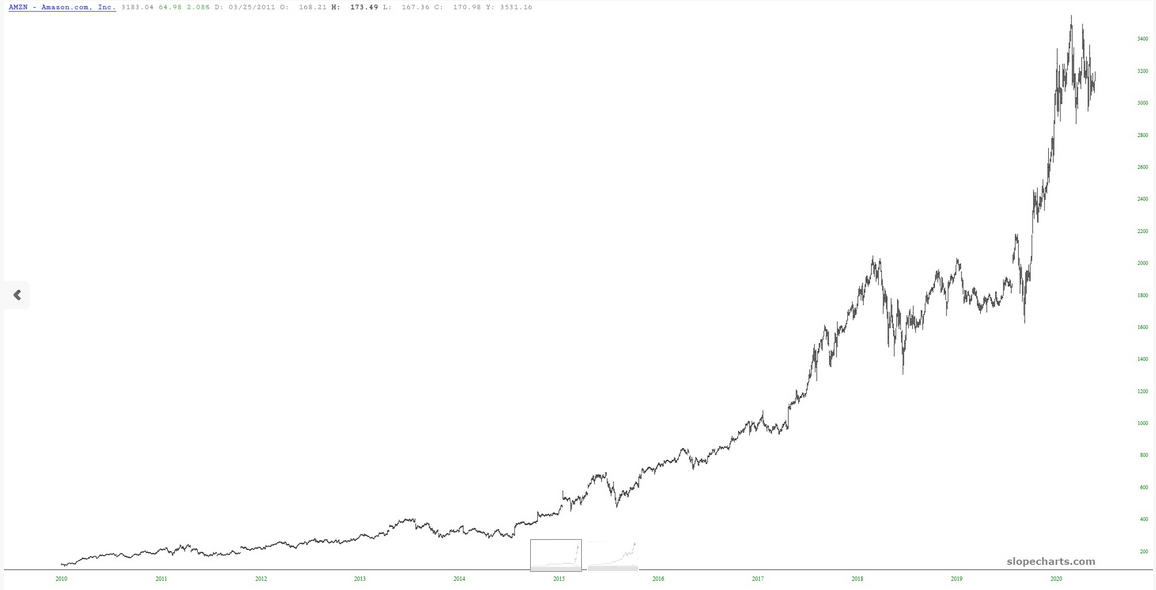 I’ve been in this business a very long time. I have never—ever—not even close—seen the kind of insanity in my life that I’m seeing right now. When it finally blows up in the year 2918, it’ll be a sight to behold, but in the meantime, all the youngsters are of the same mindset.