Energy & Precious Metals – Weekly Review and Calendar Ahead By Investing.com 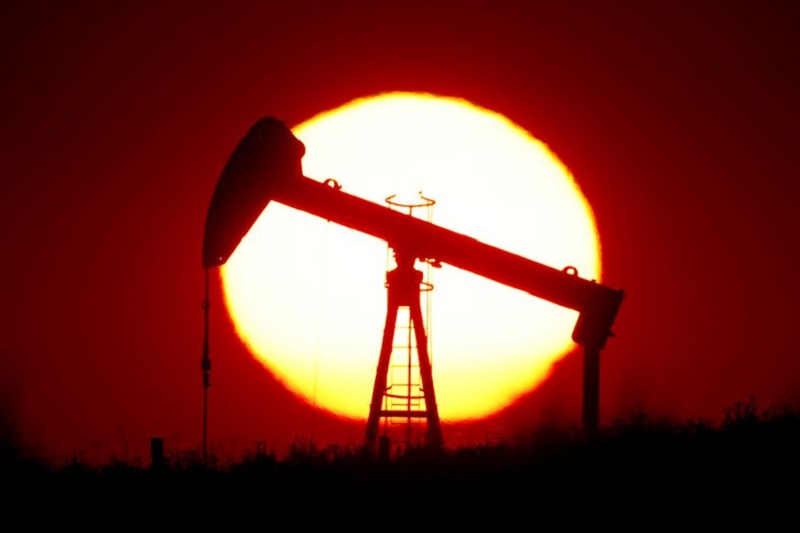 Investing.com – The powers-that-be in OPEC must have trouble believing their luck that oil prices can actually be rising at a time when Covid-19 cases are rampaging across the United States.

Yet, if vaccine news is to be believed – and it must if we are to hope for some semblance of a normal life in the near future –  then the Saudi-steered cartel, as well as its allies led by Russia, should believe the day might not be very far away when we all can jump on a plane or a cruise ship again without a second thought.

While the market was willing to let hope live, the Trump administration seemed bent on destroying whatever goodwill it had built in the past four years.

Treasury Secretary Steve Mnuchin tried to steal Christmas early by attempting to claw back from the Federal Reserve nearly half a trillion dollars which the central bank has carefully managed to support markets and Main Street lending programs through the pandemic.

Mnuchin deferred to what he believed was Congress’s original intent when it allocated the funding, and his belief that markets now no longer needed the money — which could be redeployed as a direct stimulus instead to the people. He managed to say this with a straight face, and after browbeating Fed officials who insisted their support programs weren’t over.

The gold market, run by both humans and androids programmed to buy at any positive mention of stimulus, jumped on Mnuchin’s remarks.

Outside of commodities, in equity trading circles especially, the disingenuity and politics aimed at making the Biden administration’s transition even harder wasn’t missed.

Both the and ended the week lower as markets witnessed not only Trump but also his cabinet double down on his refusal to recognize Biden’s Nov. 3 election victory and work with the President-Elect’s designated picks.

“Some parts of the country are about to see the worst (of the) Covid-19 and now seems hardly the time to remove any support programs,” Ed Moya, analyst at New York’s OANDA, said.

“The current Covid surge will trigger further economic pain for the U.S. economy and possible strains to the financial system, thus making Mnuchin’s request a Grinch-like move that just adds more uncertainty to the short-term outlook.”

And while oil rallied a third straight week, there’s potential for those gains to unravel as real-time coronavirus infections and deaths continue outpace vaccine development at a frightening pace — no thanks to the Trump administration’s stance since the election to only zero in on the pandemic when credit is due.

In the case of gold too, its so-called safe haven quality is only intact so long as there’s no widespread asset liquidation as witnessed in early April. Prices of the yellow metal tumbled in the first two weeks of March, along with stocks, right after the U.S. Covid-19 lockdowns began.

Crude prices rose for a third-straight week as investors weighed up positive Covid-19 vaccine news against the prospect of further lockdowns souring demand.

The number of operating in the US rose by fell to 231, the first decline in ten weeks, from 236 last week, according to data from energy services firm Baker Hughes.

The fall in oil rig counts, which often serve as an indicator of future production and demand, comes as oil and gas producers seek to steady output following a pandemic-fueled halt in the second quarter, when oil prices briefly turned negative.

Signs of falling activity, however, were shrugged off as investors bet that a sooner rather than later rollout of a vaccine will speed the reopening of the global economy, ushering in a wave of demand from hard-hit sectors such as air travel.

The weakness in fuel demand was attributed to further lockdowns in the U.S. amid soaring Covid-19 cases. Yet, some expect downside in crude prices from lockdowns will likely be temporary amid the ongoing rebalancing of demand and supply in oil markets.

“Any tactical downside in crude will likely be temporary, in our view, pushing back our $65/bbl Brent target into late 2021,” Goldman Sachs (NYSE:) said earlier this week.  “We expect the winter Covid wave to delay, but not derail, the oil market rebalancing, with normalized OECD stocks, OPEC+ spare capacity returning to 1Q20 levels, and finally, shale production growth all occurring by 4Q21.”

Gold edged higher on Friday after Treasury Secretary Mnuchin signalled that negotiations on stimulus measures will continue, boosting the metal’s appeal as a hedge against likely inflation.

“The thought of stimulus talks moving forward once again has supported gold as we realize central bank liquidity and fiscal stimulus measures continue to be a driving force behind this market,” said David Meger, director of metals trading at High Ridge Futures.

Earlier in the week, gold came near to testing four-month lows hit two weeks ago as investors juxtaposed news of vaccine developments for the Covid-19 and the relief those could bring with actual case raging counts of the pandemic.