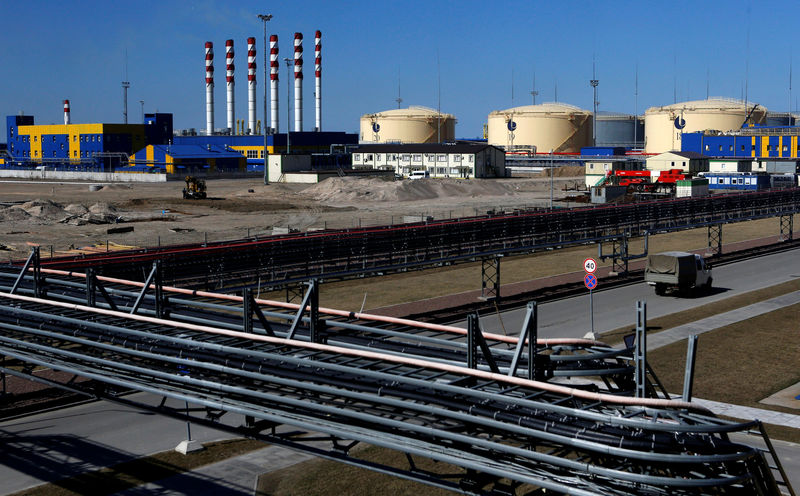 By Julia Payne and Dmitry Zhdannikov

LONDON (Reuters) – Energy trader Gunvor Group is considering selling non-core assets in Russia and finding a strategic partner for its German refinery as it tries to recover from the first-ever annual loss it suffered in 2018, trading and banking sources said.

Four sources familiar with the development said the plan had been discussed in recent meetings between Gunvor’s majority owner Torbjorn Tornqvist and Gunvor’s main lending banks.

The sources asked that neither they nor their banks be identified because they were not allowed to speak to the media. The plan and losses had not previously been reported.

Gunvor, formed at the start of the century by Tornqvist and his former Russian partner Gennady Timchenko, first specialized in Russian crude and product sales. It became at one point the biggest seller of Russian oil thanks to what it described as excellent Russian connections.

Its role in Russian oil shrank earlier this decade and the trading house diversified into other areas and products.

Last year was widely considered to have been difficult for merchants as traders lost money on sharp, unexpected price swings in oil benchmarks such as Dated and U.S. West Texas Intermediate.

Sources said Gunvor’s underlying trading business remained profitable and strong in 2018. However, the trader suffered losses due to one-off factors that will not be repeated this year, the sources said.

Those included a write-down of several tens of millions of dollars because of an abandoned upgrade of its Rotterdam refinery, a write-down relating to the Lagansky Caspian Sea oil block in which it no longer holds an interest, and provisions for legal cases that remain open.

Gunvor told its bankers that 2018 losses would be non-recurring, the sources said. Final 2018 results will not be published before April. Preliminary nine-month results for 2018 showed a loss in excess of $100 million due to the one-offs, two of the four sources said.

Gunvor declined to discuss the plan and financial performance.

“Gunvor has proactively addressed challenges it faced in 2018 by making decisive, strategic adjustments, including restructuring, trimming costs, and investing in its trading platform,” a company spokesman said.

“Gunvor is already off to a strong start across the board in 2019.”

The losses follow a weak performance in 2017, when the firm’s net profit fell nearly 50 percent due to the high cost of building a U.S. trading presence from scratch and a prolonged turnaround at its German Ingolstadt refinery.

The decline prompted a revamp of the company’s leadership structure, with the announced departure of its chief financial officer, who will be replaced by Muriel Schwab later this year.

Gunvor owns three refineries in northwest Europe with a capacity of just over 300,000 barrels per day (bpd).

The firm had planned to upgrade its Rotterdam plant with a coker unit to increase the output of higher-value products. Installing such units can cost hundreds of millions of dollars and up to $1 billion for large refineries.

Gunvor had started the process and invested millions of dollars before changing its mind. The investments will have to be written off, the sources said.

Gunvor told bankers it is studying the option of bringing in a strategic partner for the Ingolstadt refinery.

Gunvor also had to allocate under $100 million as provisions for litigations that are still open, including in China.

Last year, one of its former managing directors based in Singapore was sentenced to 12 years in jail for evading Chinese tariffs on fuel imports. As part of the probe, Chinese authorities also seized a fuel tanker.

The firm told bankers it would look at selling its minority 26 percent stake in the Ust-Luga refined products terminal in Russia – its last asset in the country.

After the United States put Timchenko on its sanctions list in 2014, the firm sought to distance itself further from Russia and sold most of its assets in the country.

Gunvor is one of the world’s big five oil traders with a traded oil volume of around 2.7 million bpd in 2017, according to its website.