I just realized something odd that never occurred to me before: pizza was instrument to computers entering the households of America.

This occurred to me because of what happened this month with PayPal (NASDAQ:) and crypto. To my way of thinking, permitting the countless millions of people who use Paypal every day, a very simple and already-in-place means of buying and selling crypto, was a sea-change in how popular an “investment” (if you want to call it that) vehicle that cryptos are.

About a week ago, I wrote enthusiastically about , and it looks like things are really starting to cook there. 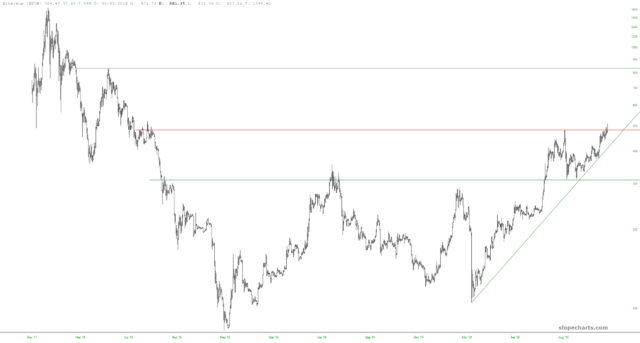 Of course, unlike , it is not near its lifetime highs. On the contrary, it’s still worth only about one-third of its peak. But the bullish formation is quite impressive. 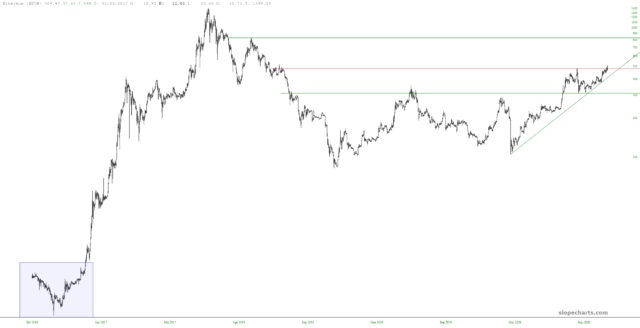 If Bitcoin manages to cross above its own lifetime high of about$20,000, I believe Ethereum will keep racing higher, chasing Bitcoin, particularly since Bitcoin’s besting of its prior high will get a lot of mainstream press. 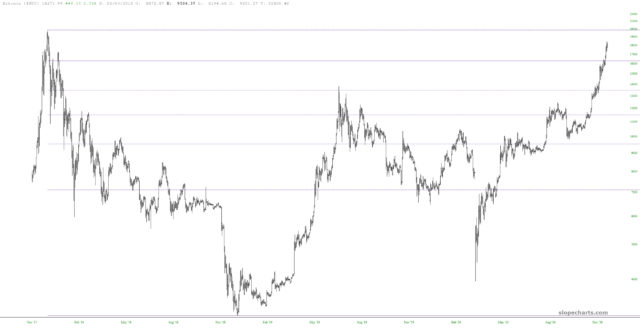