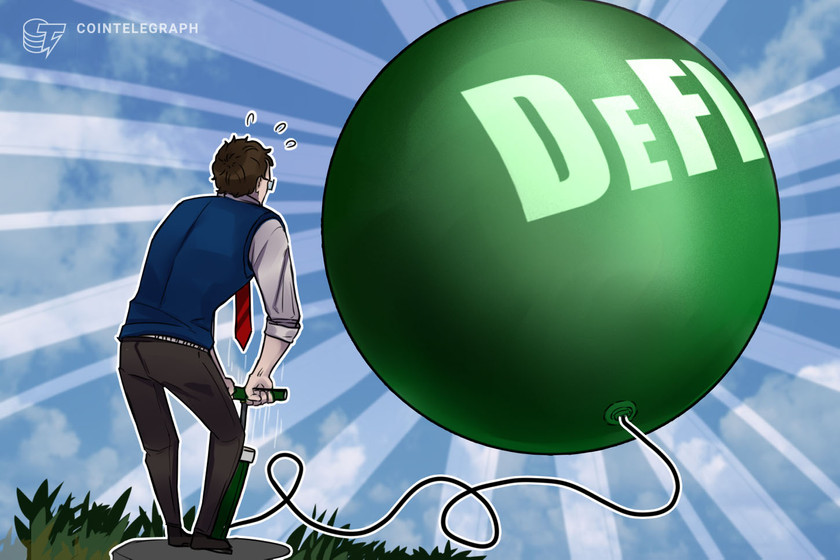 The DeFi bubble seems to be slowing down in the last months of 202, with fees and confirmation times retreating back to less formidable levels.

“ETH fees are way down suggesting the DeFi madness has abated for now,” Josh Olszewicz, also known as CarpeNoctom on Twitter, told Cointelegraph.

“DeFi cooling off, BTC HR [hash rate] way down (-16% difficult adjustment),” he also said, referring to the situation on Bitcoin’s (BTC) network. Bitcoin’s network action, however, is not related to the drop in Ethereum fees, based on Olszewicz’s opinion. “Just happens to correlate,” he explained.

Bitcoin’s hash rate suffered a recent decline, signaling a drop in mining power for the network. Over the last several days, the Bitcoin blockchain has seen high levels of congestion, leading to longer confirmation times, with many transactions still left unconfirmed. The network completed a significant difficulty adjustment on Nov. 3, but the dropping hash rate prior to the adjustment was the likely catalyst behind the high fees and clogged network, Olszewicz posited.

“Not sure why BTC fees are so high,” Olszewicz said. “Fees should have ‘burned off’ from the high congestion by now, so not entirely sure, but total fees/day are rising on BTC,” he explained. “Could be a lagging effect there.”

Bitcoin continues to take the spotlight as it challenges a convincing break past its 2019 high, while mainstream corporate BTC adoption discussions continue.