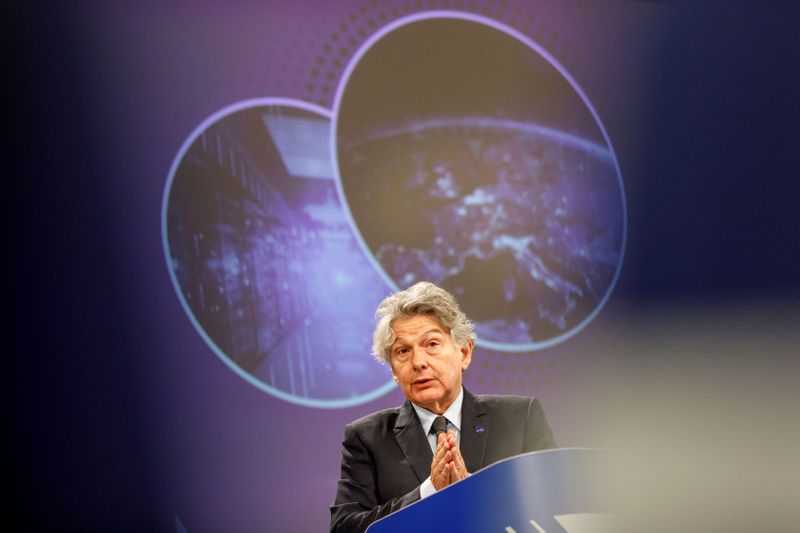 © Reuters. News conference on regulation on high performance computing and connectivity in Brussels

PARIS (Reuters) – There is a “50/50” chance that Britain and the European Union will be able to reach a deal over the terms of Britain’s exit from the bloc, EU Internal Market Commissioner Thierry Breton said on Friday.

“We are extremely clear on the conditions and the access to our European market,” he told France 2 television, who also said Britain had more to lose than the EU in the event that talks broke down and resulted in a “no-deal” Brexit.

Britain left the EU in January and talks on protecting a trillion dollars worth of annual free trade between the estranged allies from possible quotas and tariffs are now in their final stretch before London’s transition out of the bloc completes on Dec. 31.

Earlier this week, both the EU’s Brexit negotiator Michel Barnier and his UK counterpart David Frost stated that there were still major “divergences” between the two sides regarding the state of the Brexit talks.

Issues of contention between Britain and the EU have centred on fixing new fishing rights, guaranteeing fair-play rules for companies, and agreeing ways to solve any future trade disputes.