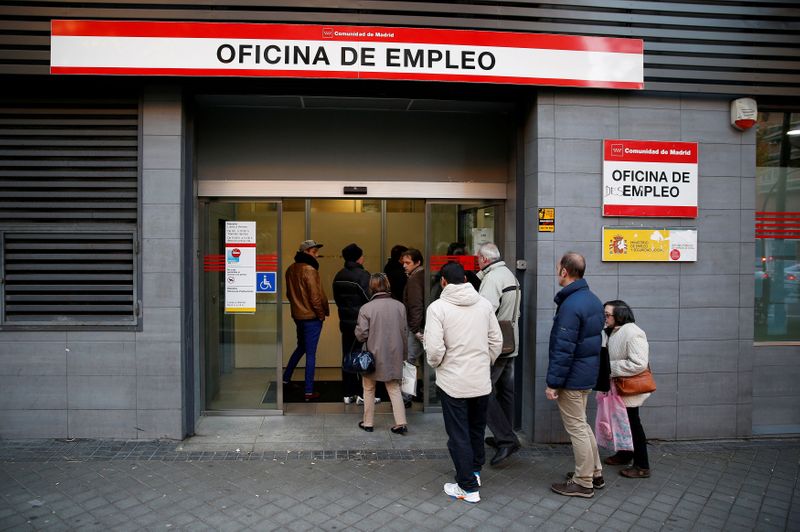 By Yoruk Bahceli and Dhara Ranasinghe

LONDON (Reuters) – Debt sales to fund Europe’s pandemic-linked unemployment scheme kick off later this month, a test run for groundbreaking plans to transform the European Union into one of the world’s largest bond issuers in less than a decade.

A Europe-wide scheme unveiled earlier this year envisages expanding the bloc’s debt pile more than 15-fold to 900 billion euros ($1.06 trillion) within 4-6 years, implying more than a hundred billion euros in annual borrowing from next year.

For the unemployment plan – known as SURE – the EU is expected to issue five billion euros worth of bonds every other week through to the end of 2021, in three to 30-year maturities.

“The SURE programme is really going to give the EU the road map they need to look further into next year,” said Neal Ganatra, who overseas sovereign, supranational and agency debt syndicate at Deutsche Bank (DE:).

Not only is the fund a key step towards European cohesion, getting it right should also bolster the euro’s appeal as a reserve currency rivalling the dollar.

EU finance ministers are divided about how to disburse the Recovery Fund money but debt officials are already beavering away on the logistics – from issuance formats, volumes and frequency to the target investor base.

EU Commissionner for Budget and Administration, Johannes Hahn, told Reuters on Tuesday that SURE was the immediate focus but the bloc is considering all options to choose the optimum issuance strategy.

The sheer size of upcoming issuance means rich pickings for investment banks who manage the deals, depending on what format the EU chooses – bank syndicates selling directly to investors or auctions, where banks acting as dealers buy the debt, sell it to investors and provide trading liquidity.

Syndications are the more lucrative format for banks which can earn fees of around 0.175% of issue volumes on a 10-year sovereign deal, according to data from one European government.

SURE bonds – like most supranational debt – will be mostly syndicated but Commissioner Hahn told Reuters auctions could eventually be part of the mix.

“The question is being a large issuer, will the EU require government bond-type liquidity?” Sachee said.

In a world where top-rated and sustainable securities are in demand, the AAA-rated EU will offer both. SURE will include ‘social’ bonds of the sort development banks sold to fund COVID expenditures, while green bonds will comprise a third of the recovery fund.

“If they were to come close to where they’re marked at the moment, we wouldn’t be having any interest (unless there is a concession),” said Nick Sanders, portfolio manager at AllianceBernstein (NYSE:).

“It is positive to have one more issuer that comes to the market with a bit of a premium on top of Bunds,” said Nicola Mai, head of PIMCO’s sovereign credit research in Europe.