During the previous two weeks, the price has been in bearish mode without any signs of recovering in the short term.

Only a few bullish candles have formed on the downtrend channel support line. But those candles were short lasting and did not have any support on the following candles.

This support held the price in the past from falling further, and we have the same scenario now. The price reached the support level and then bounced back up with the price now between support and its resistance line. 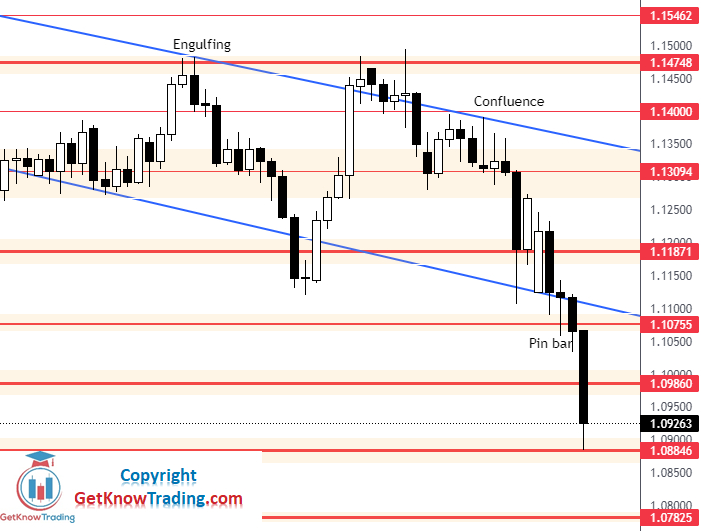 This week, we can expect to see the price move even lower due to the situation inside Europe where the euro currency is losing its strength.

This is visible on the currency strength meter which shows EUR strength is very low, as it loses against all other currencies. 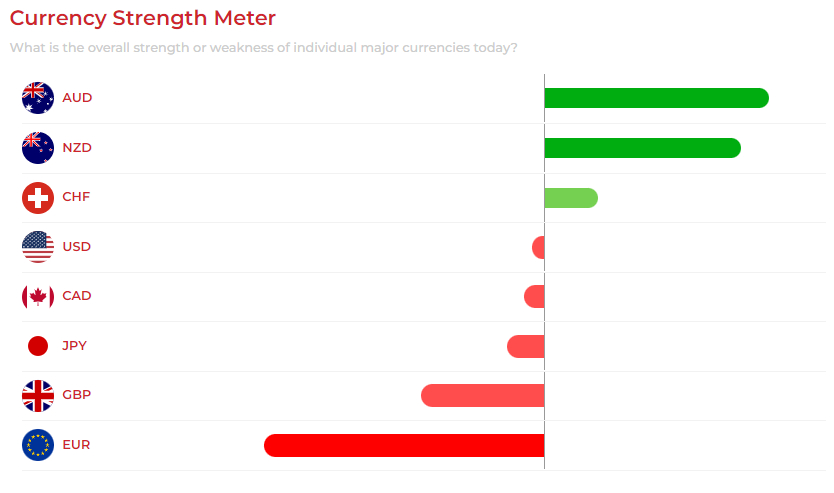 The first obstacle hitting further price reduction is the $1.08846 support level, which was a technical level that held the price in the past. Once breached, the next support level was found at $1.07825. This level provided strong support in the past, which is why we can expect to find more buyers at that level who will hold the price and try to recover it from low levels.

When EUR/USD reaches $1.07825, we can expect the price to retrace and return back to $1.08846. This can be a trading opportunity to watch, but only if there is a bullish price action signal on either the daily or H4 time frame.

The second level the pair could reach at the retrace would be $1.09860 which is the next resistance for the price.

The upcoming week, and for the foreseeable future, will be fraught with uncertainty due to the current situation, but we can use technical analysis to predict where the price could move.