Economic data on Monday was relatively sparse on the day. The Bank of England Governor, Mark gave a scheduled speech. Most of his speech highlighted the markets post-Brexit.

The British PM May was seen delaying the Brexit vote, and the next voting is expected to happen on March 12. Meanwhile, two British lawmakers have pushed for a vote to postpone the Brexit deadline of March 29th. Some lawmakers said that if PM May cannot get a Brexit deal approved by March 13th, they would force her to extend the deadline.

Mixed data from the U.S.

From the United States, the final rose by 1.1% on the month which was above expectations of a 0.3% increase. President Trump raised the market optimism by noting that the U.S. was close to agreeing on a deal with China. The markets await more news on this.

President Trump’s tweet to OPEC that the world could not take on higher prices sent oil prices plummeting on the day. WTI fell over 2.86% on the day following this.

Earlier today, the Bank of Japan’s core inflation data came out. Data showed that while economists forecasted a 0.6% increase, core inflation rose by 0.5%. This follows the previous month’s 0.4% increase in inflation.

The Conference Board’s consumer confidence report is out later, and confidence should rise to 124.3 on the index, up from 120.2. 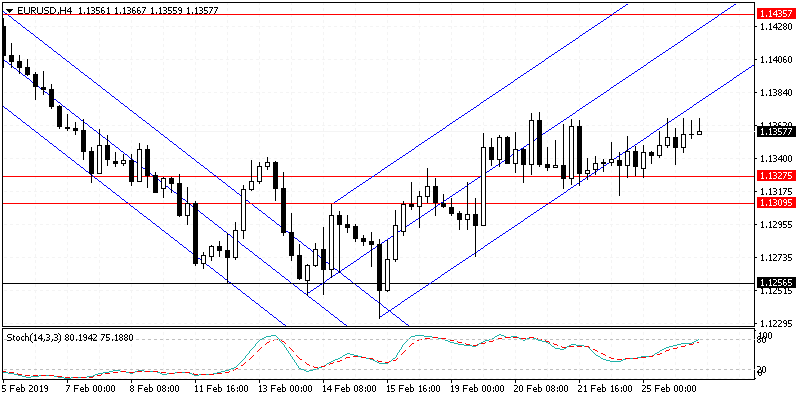 (1.1357): The EUR/USD currency pair remains firm, trading above the 1.1327 level of support. Price action has repeatedly been attempting to test the upside, but price action has been rejected. This has led to a minor resistance level forming at 1.1365. A breakout above this level is required for the EUR/USD to continue the gains to the upside. The next main target should be at 1.1435. To the downside, the support area looks strong enough to hold the declines for the moment. However, if the euro breaks down lower, we anticipate a retest of 1.1256 level. 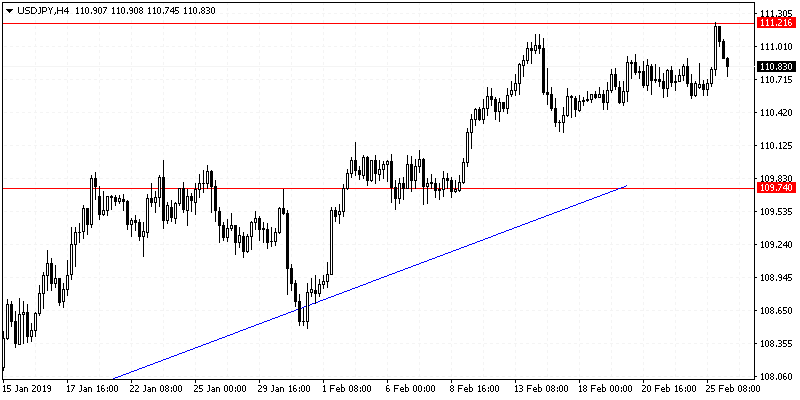 (110.83): The USD/JPY posted some modest gains as price finally tested the upside target at 111.21 albeit rather briefly. Price posted a strong reversal off this resistance level with the past few sessions on the 4-hour chart pushing lower. With the upside target on a test, the USD/JPY could potentially seek to retest the lower support at 109.74. A retest of this support will, however, keep the bias intact. The USD/JPY trades flat currently within the said range. 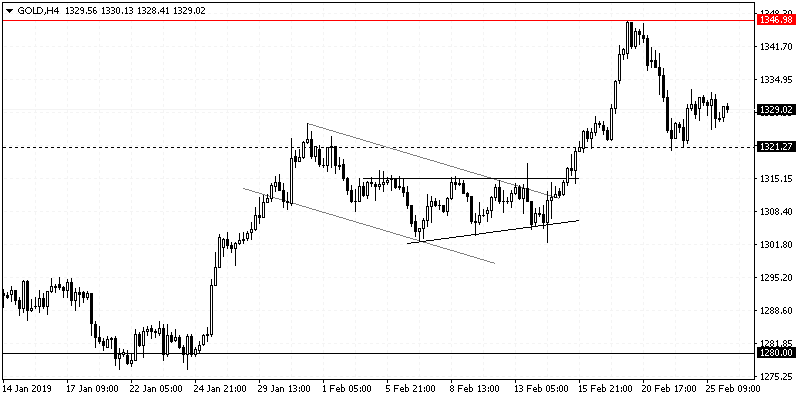 (1329.02): Gold traded subdued on Monday after price action posted strong declines off the highs near 1346.62 previously. With the support at 1321.27 holding the drops, for now, we expect to see some consolidation taking place. At the same time, as long as the support holds, the bias remains to the upside for a solid retest of the resistance level. On the 4-hour chart, gold prices have posted a modest correction before reversing course again. However, the current price action is looking to show a bearish flag pattern that could be forming. If the support at 1321.27 gives way, this could validate the bearish momentum in gold and signal a move to the downside. The next main support comes at the round number support of 1300 followed by a step to 1280.