is up slightly on Friday. Currently, the pair is trading at 1.1926, up 0.11% on the day. With the US on an unofficial holiday after Thanksgiving, Friday will likely be a muted session.

As the United Kingdom finally bids adieu to the European Union at the end of the year, France will bump up to the second-largest economy in the eurozone, after Germany. This means that key data out of France should be closely monitored by investors and traders.

The news out of France was all positive on Friday. France’s rebounded in impressive fashion in Q3, with a gain of 18.7%, surpassing the consensus of 18.2%. This follows a dismal second quarter, when GDP contracted by 13.8%. Consumer data recovered in October with a gain of 3.7%, after a 5.1% decline beforehand. Inflation also moved higher, as November CPI climbed 0.2%, ending a nasty streak of three straight declines.

Despite the encouraging French data, the eurozone is limping, as COVID-19 continues to take a heavy toll on the economy. The ECB , which were released on Thursday, presented a sober picture of the economy. The minutes noted that headline inflation would likely remain negative into early 2021, which was more pessimistic than the September forecast. The ECB minutes acknowledged that growth had rebounded in the third quarter, but added that the most recent data showed that the recovery was slowing and there were clear risks to GDP in Q4, such as plans for further lockdowns. The ECB holds its next policy meeting in mid-December and is widely expected to implement further easing, which could weigh on the euro. 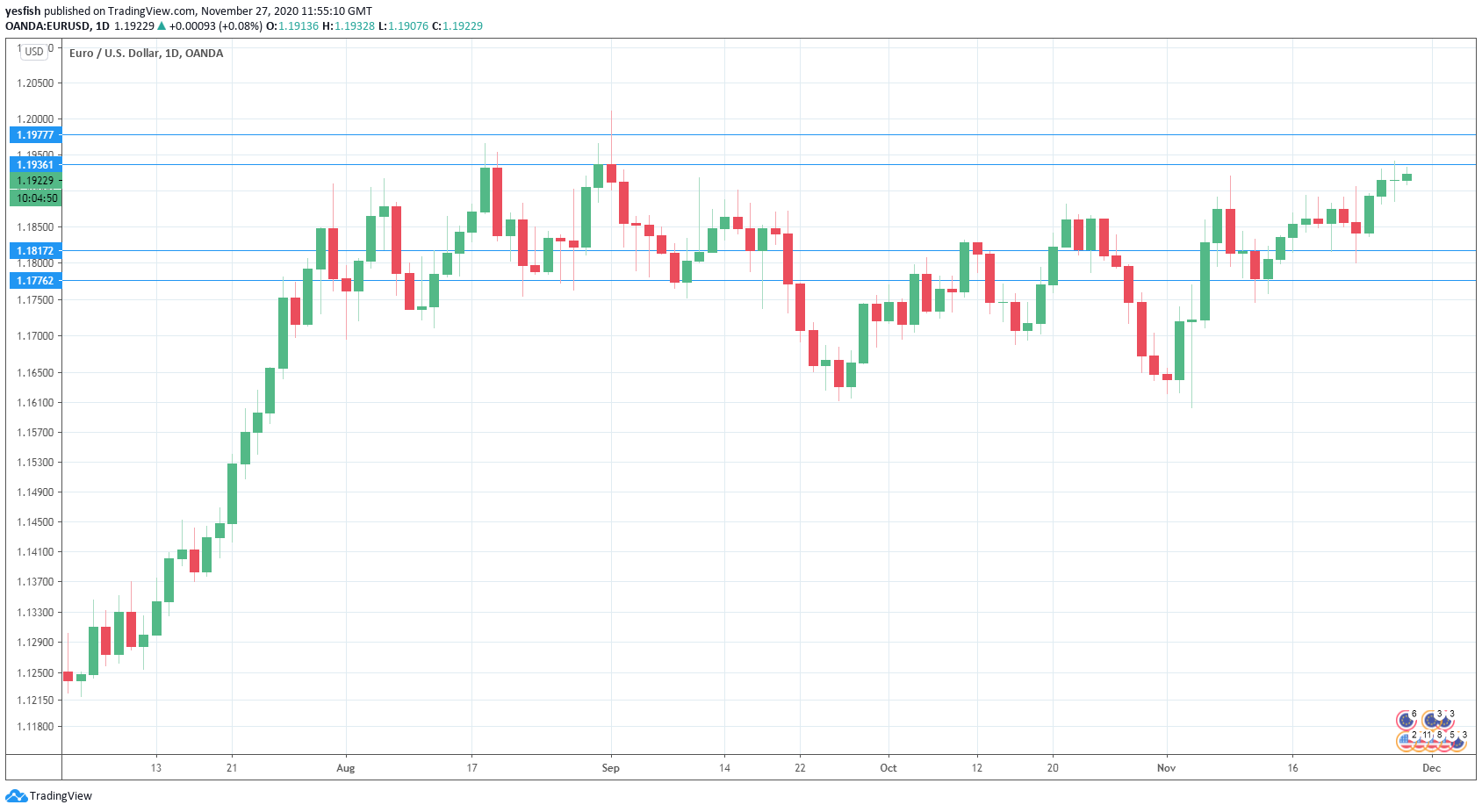