At today’s , members decided to hold the course, maintaining interest rates at 0.00%, and QE at a pace of EUR 20 billion/month. The rate statement noted that rates will stay at “present or lower levels” until inflation rises to around the 2% level. The news did not move the euro.

Today’s meeting was held against a backdrop of a struggling Eurozone economy and new lockdowns in Germany and France, as Europe struggles with an explosion in the number of COVID-19 cases. The second wave of the virus, which is sweeping the continent, is threatening the Eurozone’s tenuous economic recovery. Investors will be treated to a host of Eurozone releases on Friday. Investors will be particularly interested in German GDP for the third quarter as well as Eurozone consumer inflation.

Germany is the bellwether for the rest of the Eurozone, and a strong GDP read could boost sentiment towards the euro. The consensus is that Germany’s economy bounced back in Q3 with a gain of 7.3% after a miserable Q2 release of -9.7% (revised from -10.1%). The inflation front appears bleaker, however. Eurozone CPI in October is projected to remain at -0.2%, which would mark a third straight decline. Core CPI, which is slightly stronger, is expected to repeat the September figure of 0.2%.

The labor market has been hit hard by COVID-19, as the economic downturn has led to higher unemployment. In April, the unemployment rate in the Eurozone stood at 7.3%. This climbed to 8.1% in August, and the rate is expected to edge higher to 8.2% in September. 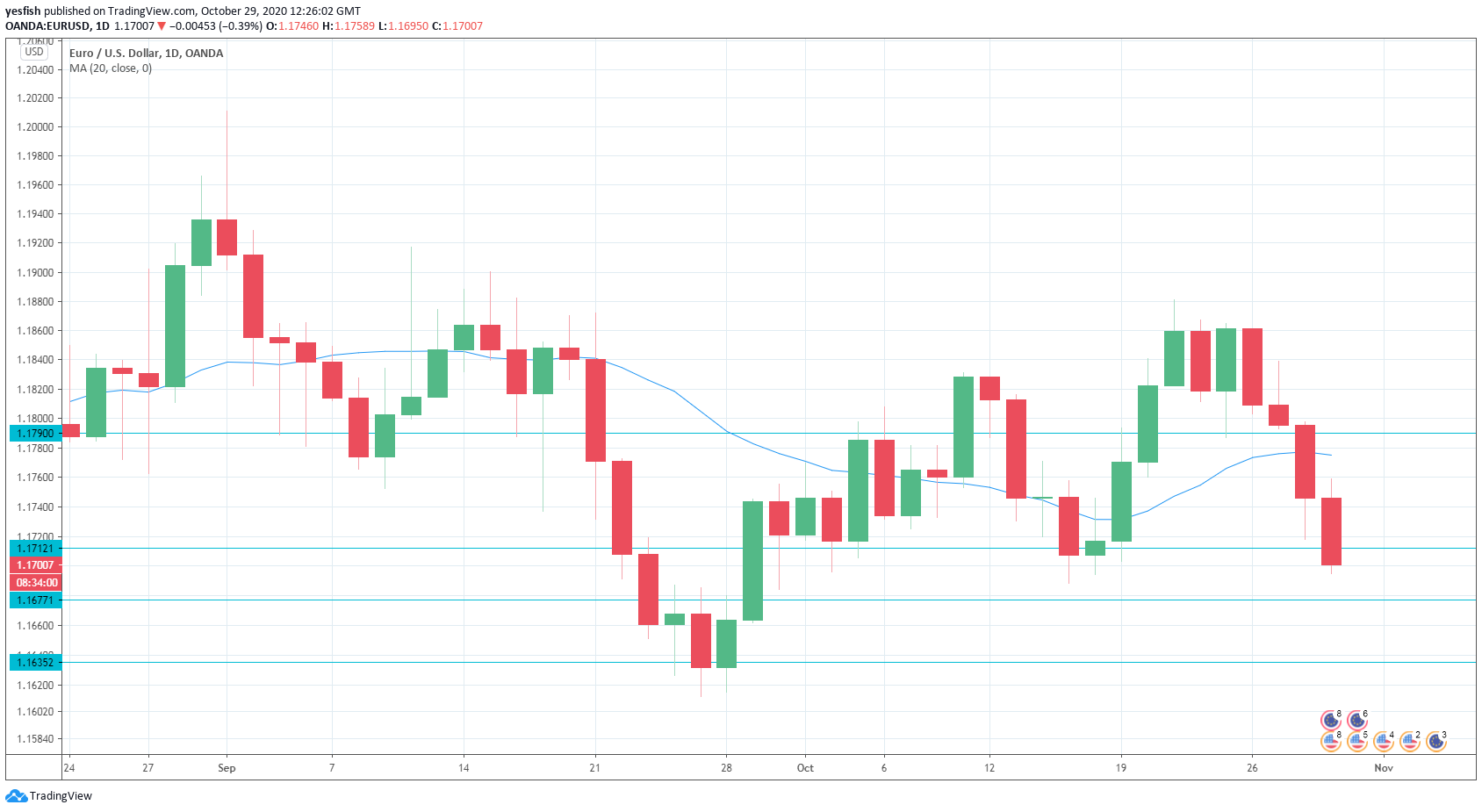 This article is for general information purposes only. It is not investment advice or a solution to buy or sell securities. Opinions are the authors; not necessarily that of OANDA Corporation or any of its affiliates, subsidiaries, officers or directors. Leveraged trading is high risk and not suitable for all. You could lose all of your deposited funds.