At the start of the New York trading session, raced above 1.20, but this psychologically significant level was rejected quickly and aggressively. The reversal is no surprise given this morning’s mixed Eurozone data. was revised lower, while fell more than expected. Rising coronavirus cases in Spain show the country in a second wave, and with the school year approaching, there’s widespread concerns that the pandemic will worsen. On Friday, the country reported 9,779 new cases, surpassing the peak in March. If this pace continues, the government will have no choice but to institute new restrictions. Spanish Health Minister Salvador Illa ruled out an all-out lockdown like the one at the beginning of the pandemic because “early detection” and “contact tracing” will control a second wave. But unless measures are taken, the pandemic in Spain could spiral out of control. Coronavirus cases in France saw exponential growth over the weekend, but on Monday, the number of new infections eased. Still, Europe is the coronavirus hot spot to watch this fall. Recent data shows the Eurozone economy beginning to lose momentum, and there’s a good chance this trend will continue. So more losses are likely for EUR/USD, which could find itself testing 1.1850 in the days ahead. On a technical basis, EUR/USD should test 1.1800 easily.
Although Eurozone data contributed to the decline in the euro, the catalyst was stronger ISM manufacturing. ISM jumped to its highest level since November 2018 on the back of strong growth in new orders and prices. Given declines reported in the New York and Philadelphia regions, this improvement caught investors by complete surprise. The traded sharply higher against most of the major currencies, with being one of the few exceptions. The pair rose briefly above 106, but failed to end the day above this round number. and the Federal Reserve’s report are scheduled for release tomorrow. Softer labor market growth and a more subdued outlook from the Fed would accelerate EUR/USD’s losses.
Meanwhile, the weakened after the Reserve Bank of Australia left monetary policy unchanged. The RBA maintained its view that the recovery will be uneven and bumpy but it is under way in most of Australia. Still the central bank feels that highly accommodative monetary policy is necessary and increased the size of its long-term funding facility to ensure it ample liquidity. Although building permits rebounded, manufacturing activity contracted with the PMI index dropping below 50 after two months of expansion. Second quarter GDP numbers are scheduled for release this evening. Q2 was a tough one for many countries and Australia should be no exception. The economy is expected to fall into recession with the contraction in Q2 likely to exceed the market’s -6% forecast.
The Canadian dollar was also hit hard by the greenback’s recovery despite an uptick in manufacturing activity last month, according to Markit Economics. For , 1.30 proved to be an important support level. shrugged off a downward revision in PMI manufacturing in favor of higher mortgage approvals, while the extended its gains for the sixth day in a row despite a larger decline in building permits. 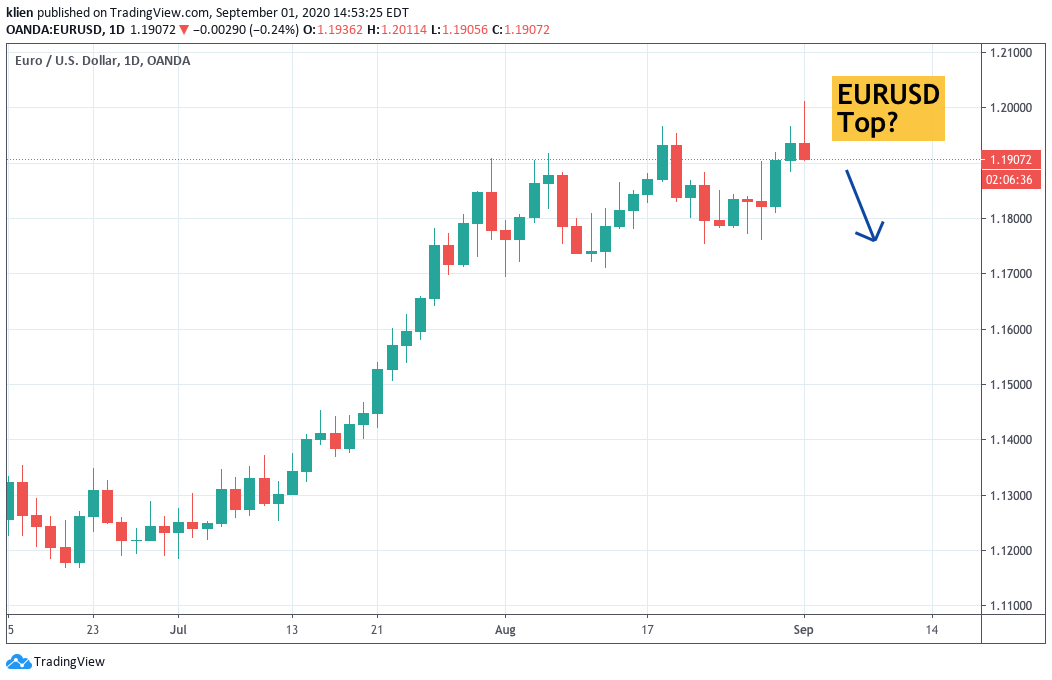 Facebook
Twitter
Pinterest
WhatsApp
Previous articleTrump’s COVID Infects The Market Bounce. Is It Over?
Next articleWeek Ahead: 3 Key Market Headwinds Remain Even After Trump COVID Diagnosis