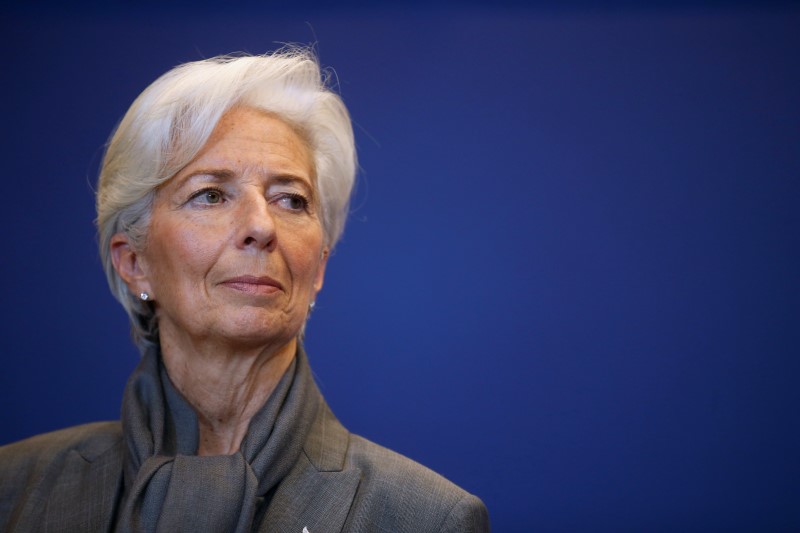 Investing.com – The euro fell against the dollar Wednesday, a day ahead of the European Central Bank meeting as fears the eurozone economy recovery is set to for a setback as Germany and France mull renewed lockdown measures to curb Covid-19 infections.

German Chancellor Angela Merkel said the country would enter a four-week lockdown from Monday. Under the measures, the hospital sector is likely set to slow as bars, restaurants, gyms, and cinemas close, but schools, kindergartens and day care centers stay open.

France, which is already under curfew, is set to impose a nationwide lockdown starting Friday.

“Virus is circulating in France at a speed that even the most pessimistic forecast didn’t foresee,” Macron said in an address televised nationally. “The measures we’ve taken have turned out to be insufficient to counter a wave that’s affecting all Europe.”

Both Germany and France have seen a surge in the Covid-19 cases, with the latter expected to be experiencing 100,000 new cases per day, said Professor Jean-François Delfraissy, who is leading the country’s virus response.

In the face of a second wave of the virus, the euro has remained somewhat resilient, still trading close to $1.20, as markets continue to bet the effect of the pandemic will be temporary.

“In our view, [the resilience in the euro] is partly because markets (and ourselves included) continue to stick to the glass-half-full view and consider the rise in Covid cases and the associated EZ slowdown as temporary,” ING said.

The European Central Bank meeting on Thursday is unlikely to result in further easing, but the central bank could to lay out the welcome mat for more easing in December.

“[W]e think it is too early for specific measures to be announced at this meeting, but the guidance is likely to hint at more asset purchases (likely via the Public Sector Purchase Programme) to eventually come,” ING said in a note..

The central bank is expected to unchanged at 0.00%.

ECB leader Christine Lagarde will deliver an update on the eurozone economy and policy following the release of the monetary policy statement.

“Christine Lagarde could definitely present some hints. Even if some might argue that recent months have shown that the real communication action is no longer taking place at the press conference but in the blog entry the day after,” ING added.

Google: The Cheapest Amongst The FAAMG Companies (NASDAQ:GOOG)

The Jan. 6 committee could refer a criminal case against Trump

Google: The Cheapest Amongst The FAAMG Companies (NASDAQ:GOOG)

The Jan. 6 committee could refer a criminal case against Trump