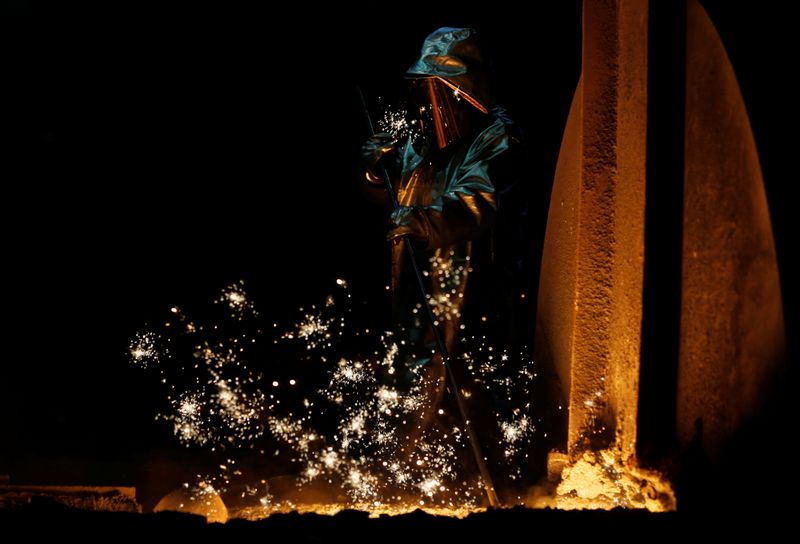 LONDON (Reuters) – The euro zone manufacturing recovery gathered pace last month, largely driven by strength in Germany, as the region’s factories saw a surge in demand after some coronavirus restrictions were relaxed, a survey showed.

As the pandemic raged across Europe governments imposed tough lockdowns, but as infection rates fell many of those controls were removed. However, a resurgence in cases has meant some restrictions have now been reimposed.

Still, IHS Markit’s final Manufacturing Purchasing Managers’ Index climbed to 53.7 in September from August’s 51.7, in line with an earlier flash reading and its highest level since August 2018. Anything above 50 indicates growth.

An index measuring output, which feeds into a composite PMI due on Monday and seen as a good guide to economic health, bounced to 57.1 from 55.6, above the 56.8 flash estimate and its highest since February 2018.

The composite PMI also includes a measure of activity in the bloc’s dominant services industry, which according to a flash reading contracted last month.

“The recovery would have been far more modest without Germany, however, where output has surged especially sharply to account for around half of the region’s overall expansion in September.”

Without Germany, output growth would have weakened to the lowest since June, IHS Markit said.

But with overall demand at a 2-1/2-year high, factories built up a backlog of work. Meanwhile, job losses eased and optimism about the coming 12 months climbed to a level not seen since before the U.S.-China trade war escalation in early 2018.