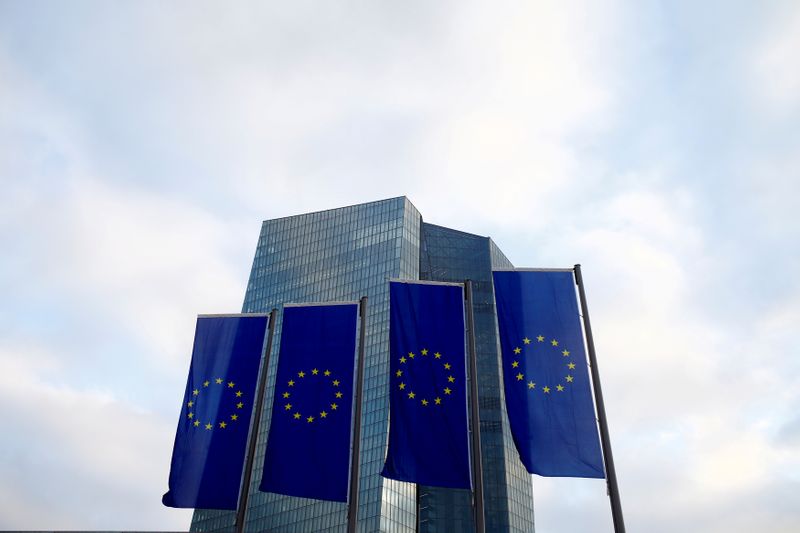 BRUSSELS (Reuters) – The euro zone economy rebounded much more strongly than expected in the third quarter after the pandemic-induced slump in the previous three months, EU statistics office preliminary data showed, mainly thanks to a jump in Italy, France and Spain.

But consumer prices continued to fall in October as expected, Eurostat estimated, pulled down by plunging energy costs despite more expensive food alcohol and tobacco.

Eurostat said gross domestic product in the 19 countries sharing the euro surged 12.7% quarter-on-quarter in the July-September period after a 11.8% contraction in the previous three months.

Year-on-year, however, euro zone economic output was sill 4.3% lower, though an improvement on the 14.8% annual contraction in the previous three months.

Consumer prices in October were 0.3% lower year-on-year, as expected by economists polled by Reuters, the same rate as in September, after a 0.2% month-on-month increase.