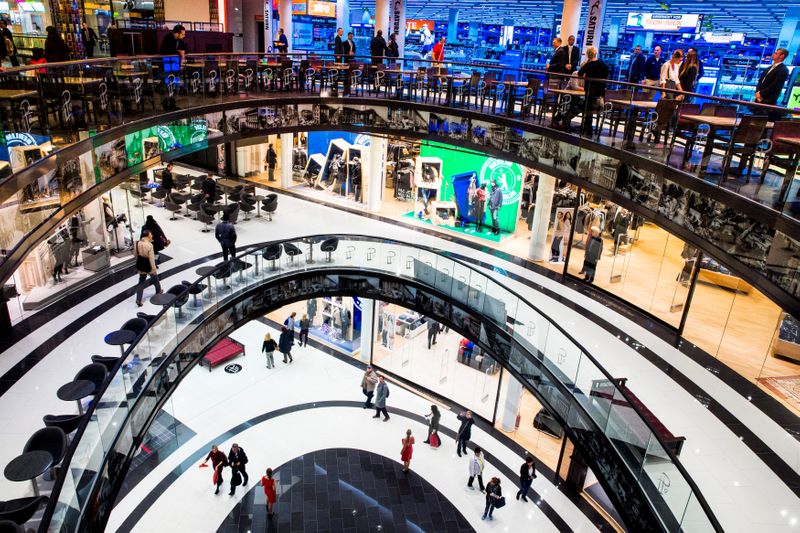 © Reuters. People walk through Mall of Berlin shopping centre during its opening night in Berlin

BRUSSELS (Reuters) – Euro zone annual inflation was negative for a third consecutive month in October, matching a four-year low, as energy prices were around 8% lower than a year earlier.

Inflation in the 19 countries sharing the euro was plus 0.2% month-on-month in October for a 0.3% year-on-year fall, the same annual decline as in September and in line with the initial estimates released at the start of November.

An even narrower measure that also excludes alcohol and tobacco showed a 0.1% month-on-month and a 0.2% year-on-year increase.

The ECB wants to keep inflation below, but close to 2% over the medium term.

Across the euro zone, the highest inflation was 1.6% in Slovakia, followed by 1.2% in the Netherlands and by 1.1% in Austria.

In the bloc’s largest and third largest economies, Germany and Italy, inflation was negative. It was up by just 0.1% in France, the euro zone’s second largest economy.