Europe must expand chargers to catch up with electric car sales: industry By Reuters 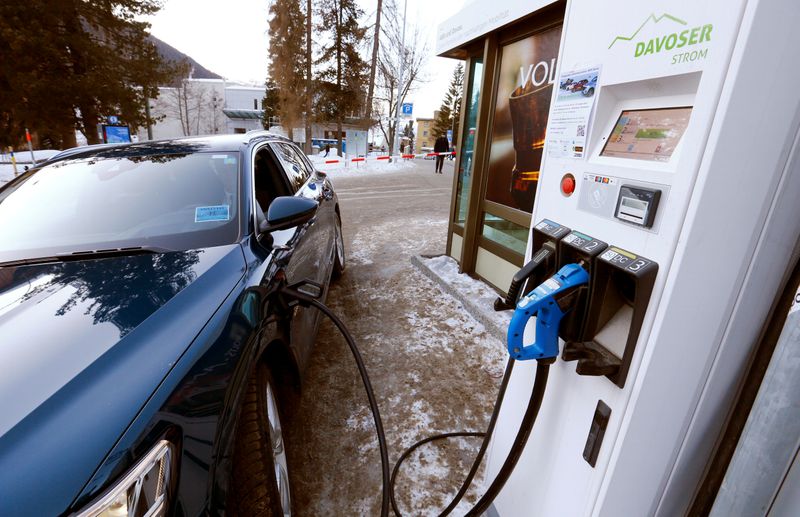 © Reuters. FILE PHOTO: An electric-powered Audi car is charged at a charging station in Davos

BRUSSELS (Reuters) – Europe’s rollout of vehicle charging points is not keeping up with the strong growth in electric car sales, an industry group said on Wednesday, warning that a lack of infrastructure could hamper future sales of low-emission vehicles.

“This is potentially very dangerous, as we could soon reach a point where growth of electric vehicle uptake stalls if consumers conclude there are simply not enough charging points where they need to travel, or that they have to queue too long for a fast charger,” ACEA Director General Eric-Mark Huitema said in a statement.

ACEA urged the European Commission to speed up a planned review of EU rules on charging infrastructure, and set binding targets for countries to deploy more chargers.

An EU clean transport strategy, expected later this year, will “aim to boost the deployment of EU-wide charging infrastructure and increase the number of charging stations,” a Commission spokesman said.

The executive plans to use EU funds to help install the one million public recharging and refuelling stations it says will be needed for the 13 million low-emissions vehicles expected on Europe’s roads by 2025.