Before his official visit to Brussels, Joe Biden said openly that he aimed to advocate for tighter sanctions on Russia. Everyone understood that he wanted to push the EU authorities into imposing an embargo on Russian energy supplies.

This move would be suicide for Europe because Brussels is trying to figure out how to replace Russian and imports. The EU imports the lion’s share of gas from Russia. Such huge volumes cannot be substituted for something else in no time.

Other oil and gas exporters could ramp up their output rates. The trouble is that a particular infrastructure is needed to arrange new supply routes. However, neither Europe nor other exporters have this infrastructure.

Besides, Saudi Arabia and the UAE reject any discussion on increasing oil output rates. Yesterday, Qatar denied the information about its agreement with Germany on gas supplies. To make things worse, Moscow decided to settle international payments for gas in with some buyers.

European Commission chief Ursula von der Leyen called Moscow’s decision outrageous, condemning this intention of dodging Western sanctions. All in all, EU policymakers were on edge. Market participants were also unnerved about the oil embargo, but in the end, they sighed with relief.

New sanctions turned out to be insignificant, affecting a few individuals. The single European currency perked up in light of the news, making modest gains. is unlikely to extend growth today. The market is expected to trade flat.

With the focus on such crucial events, traders neglected preliminary PMIs for March. Nevertheless, they were reported better than expected, albeit the readings went down. The flash EU fell to 57.0 from 58.2, in line with expectations.

Importantly, these are the metrics for March when gasoline prices in the US rose like hell, and the sanctions against Russia had already hurt the global economy. The question is how the business activity could improve under such fundamentals.

EUR/USD touched a new swing low at about 1.0960. Traders cut short positions, and the price rebounded as a result. The RSI technical instrument crossed the 50 level upwards on the 4-hour chart, thus confirming a buy signal.

Under such market conditions, the corrective move is still underway despite a few attempts to change market sentiment. Traders could increase long positions if the price settles above 1.1050 on the 4-hour chart. In this case, buyers could insist on a further correction.

The alternative bearish scenario might come into play if the price settles below 1.0960 on the 4-hour chart. This move will indicate that the correction is complete. Complex indicator analysis suggests buying in the short term, and intraday as the price rebounded off a swing low at 1.0960. Technical indicators signal a downtrend in the medium term that suggests selling. 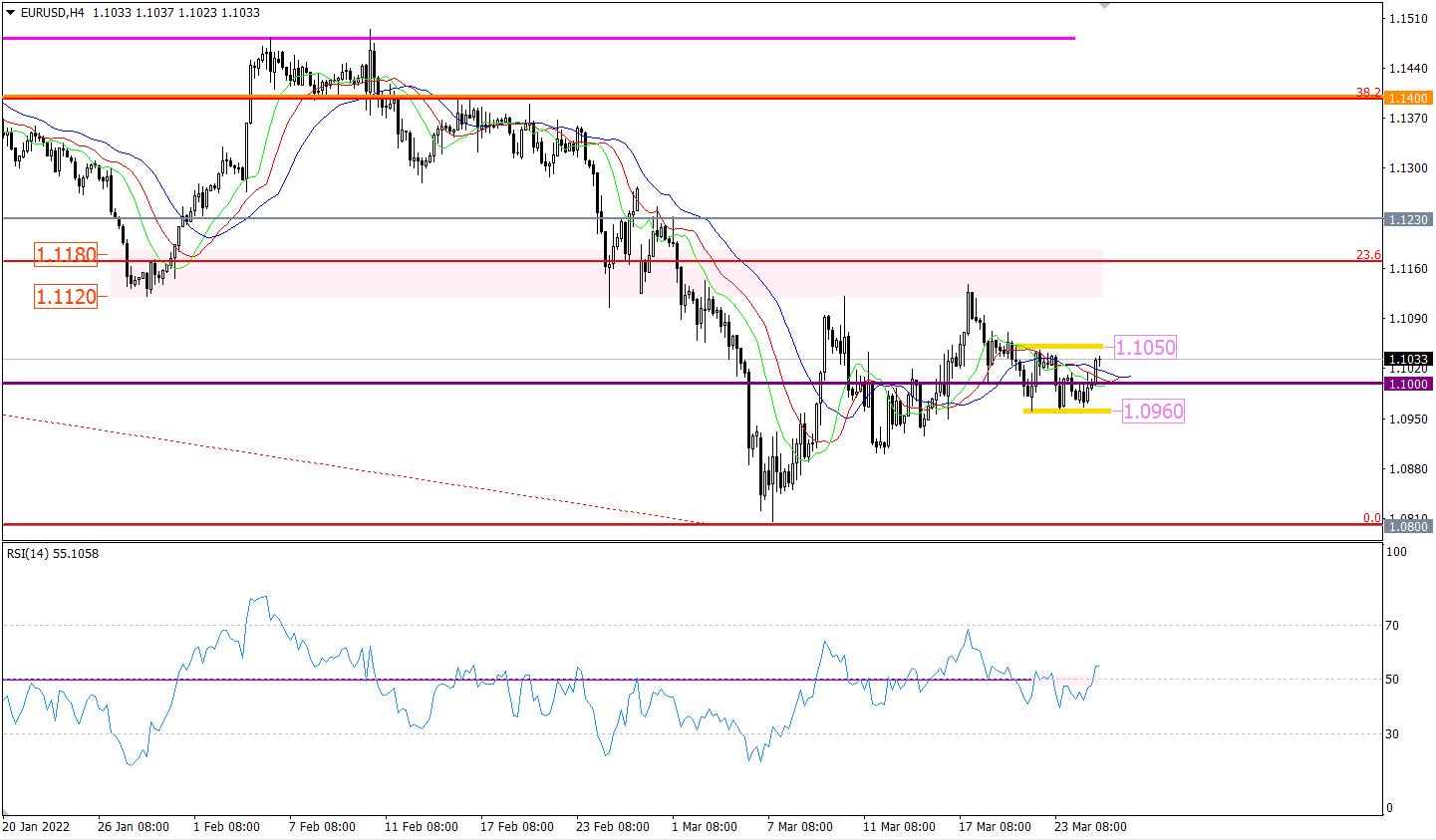