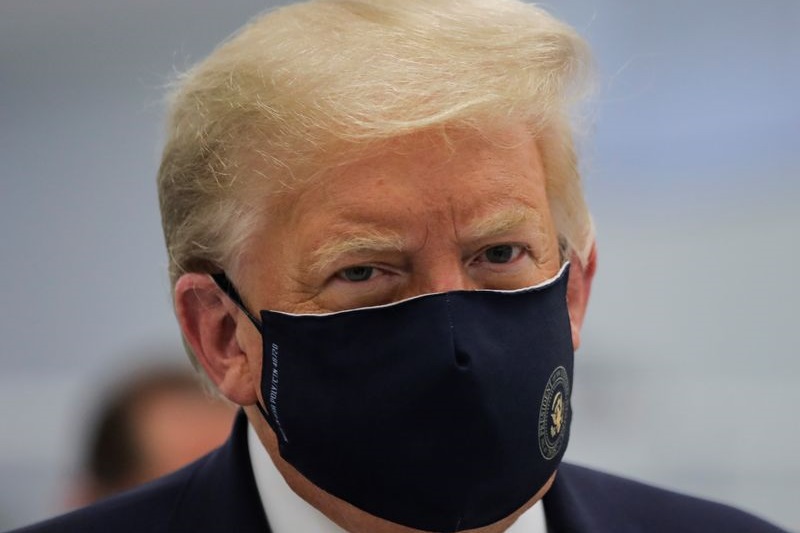 Investing.com – European stock markets are seen opening sharply lower Friday, with the news U.S. President Donald Trump has tested positive for the coronavirus weighing heavily on sentiment by greatly increasing the uncertainty around the November elections.

Earlier Friday, President Trump confirmed, via a tweet, that he and his wife Melania had contracted the Covid-19 virus, just a few hours after a top aide he had spent substantial time with this week had also tested positive.

The U.S. House of Representatives passed a $2.2 trillion Democrat-only fiscal stimulus package late Thursday after the most concerted talks between the top negotiators since early August failed to yield a bipartisan agreement.

This bill, however, is extremely unlikely to pass through the Republican-dominated Senate, as sharp differences over the size and makeup of the package still exist, and time is running out before Congress adjourns.

Most growth forecasts for the fourth quarter had been predicated on the idea that there would be another fiscal package to support the economy’s recovery.

The data slate in Europe centers around the release of for the euro zone, but most attention will be on the official U.S. for a gauge on how the world’s largest economy is recovering.

“Jobless claims edged lower again, but remain incredibly elevated as labour market strains continue. Incomes have also been dropping back and spending growth is starting to slow as we see more evidence of a leveling off in the recovery,” wrote analysts at ING, in a research note.

Oil prices weakened Friday, continuing the selloff from the previous session, as concerns over what a resurgence in Covid-19 cases will do to the demand for crude, with the President’s infection amplifying this concern, just as production starts to rise.

futures traded 3.6% lower at $37.33 a barrel, while the international benchmark contract fell 0.9% to $40.55. Both contracts fell more than 3% Thursday, and are on course for a second consecutive week of declines.