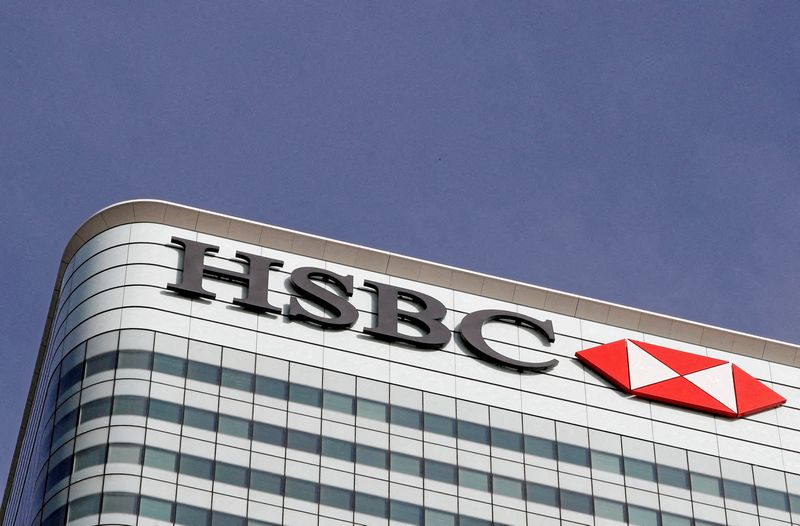 By Sumeet Chatterjee and Lawrence White

HONG KONG/LONDON (Reuters) – HSBC is shunning prospective Russian clients and declining credit to some existing ones, two sources with knowledge of the matter told Reuters, as the bank seeks to shield itself from Western sanctions against Moscow.

The measures affect HSBC’s individual and business customers globally and go further than the bank’s previously stated intentions to wind down its relations with lenders such as VTB, which were placed under Western restrictions after Russia invaded Ukraine on Feb. 24.

The moves by Europe’s second biggest bank show how sanctions aimed at Russia’s financial system and its political and business elite are also ensnaring Russian nationals outside the country as lenders seek to avoid falling foul of the restrictions and potentially hefty fines.

HSBC had said on March 14 it is “not accepting any new business in Russia,” without spelling out what that means for existing or prospective Russian customers in other markets.

The sources said the bank’s risk and compliance staff have told business managers to apply extra scrutiny to all prospective clients bearing Russian passports or furnishing Russian addresses, with the result that many more are turned away than would have been in the past.

The checks also extend to dual passport-holders as well as those with links to Belarus, seen as an ally of Moscow, as the bank’s staff scramble to ensure they do not inadvertently offer services to sanctioned individuals or businesses.

Customers with business ties to Russia and receiving income in roubles, such as those deriving income from Russian employment, pensions, or investments, are also being impacted as those rouble cashflows are discounted to zero for credit purposes, one of the sources, who works at HSBC, told Reuters.

Business customers with Russian links, even those with no ties to sanctioned entities or individuals, face increased scrutiny on large deposits or withdrawals and are seeing new loan applications declined, the two sources said.

The invasion has triggered an exodus of foreign companies from Russia as Western authorities deploy sanctions at an unprecedented scale and pace to squeeze Moscow and prevent the global financial system from being a conduit for Russian money.

Reuters reported earlier this month that European Union regulators had told some banks to tighten control of all Russian and Belarusian clients, including EU residents, to ensure they are not used to circumvent sanctions.

Russia characterises its actions in Ukraine as a “special operation” to demilitarise and “denazify” the country.

Leading European banks such as Italy’s UniCredit and France’s Societe Generale (OTC:) said they could face a multi-billion dollar write-off of their businesses in Russia, but banks also face a wider chill on business as they grapple with sanctions.

HSBC does not operate a retail bank inside Russia but as of Feb. 22 it had around 200 staff there serving multinational corporations, its Chief Financial Officer Ewen Stevenson told Reuters at the time. The bank said on March 14 its business there “will continue to reduce.”

The latest HSBC measures go beyond the usual background checks, and show how banks’ policies are still evolving since the invasion as they try to implement multiple waves of sanctions without discriminating against legitimate customers.

They also show the tension between banks’ sanctions and compliance teams, who urge the strictest possible interpretation of new rules to satisfy regulators, and frontline staff tasked with growing the business and serving clients.

HSBC is under particular pressure to show regulators that it can identify illegal transactions. It had to tighten up its money laundering controls globally after a string of past scandals and, in 2012, agreed to pay $1.9 billion to U.S. authorities for allowing itself to be used to launder drug money flowing out of Mexico.

HSBC is reviewing all existing private and retail banking customers with Russian connections globally to see if they have ties to sanctioned entities or individuals, the sources said.