Exclusive-Petrobras chairman Ferreira says will step down By Reuters 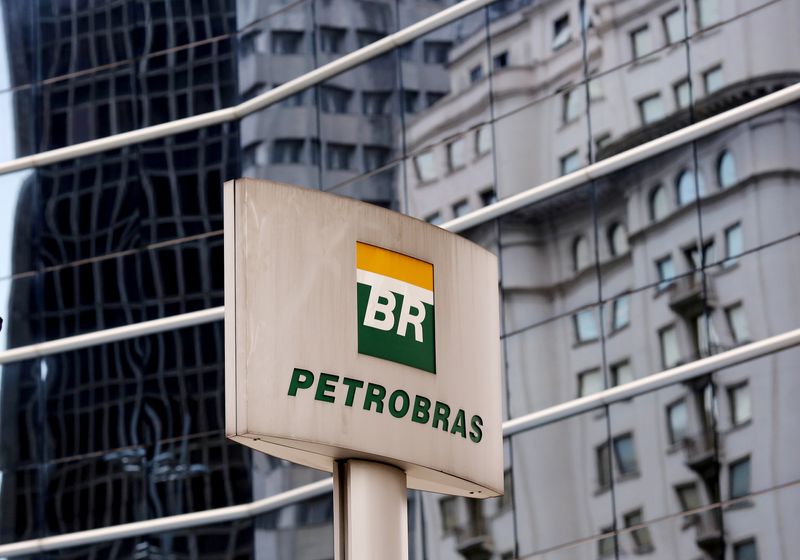 © Reuters. FILE PHOTO: The Petrobras logo is seen in front of the company’s headquarters in Sao Paulo April 23, 2015. REUTERS/Paulo Whitaker

HOUSTON (Reuters) – Petroleo Brasileiro SA chairman Admiral Eduardo Bacellar Leal Ferreira told Reuters on Saturday he plans to step down from the position, with oil executive Rodolfo Landim seen as his possible successor, according to two sources familiar with the matter.

“Petrobras chairman is a 24-hour job and I want to spend more time with my family,” Ferreira said, adding he has two grown children living outside of Brazil.

His decision comes as Petrobras, as the Rio de Janeiro-based company is known, faces pressure from investors to raise fuel prices as oil approached $120 per barrel. The company controls gasoline and diesel prices in Brazil with more than 80% of the country’s refining capacity.

Rodolfo Landim, who made a career at Petrobras before creating his own oil company and selling it, is among the candidates for replacement, according to two people familiar with the matter. Landim currently runs a soccer team in Brazil as its president.

A formal announcement by Petrobras is expected next week. The company didn’t immediately respond to a request for comment.

In a weekly social media address, Bolsonaro said he was certain Petrobras would do what is necessary to shield Brazilian consumers from suffering steep price increases.

Bolsonaro’s comments come after Petrobras last month smashed its all-time record for annual profit and dividend payouts in 2021, thanks to sky-high Brent prices. The remarks could raise fears among investors that he could seek to meddle in the company’s price-setting policies.

Petrobras’ policy of seeking parity between domestic fuel prices and international markets has angered many Brazilians as the cost of has soared. A growing chorus of politicians has said Petrobras should help shoulder the burden.

On Wednesday, Chief Executive Joaquim Silva e Luna told Reuters that Petrobras had not yet taken a decision on fuel price adjustments.