Exclusive: Second Mexico investment plan worth up to $10 billion 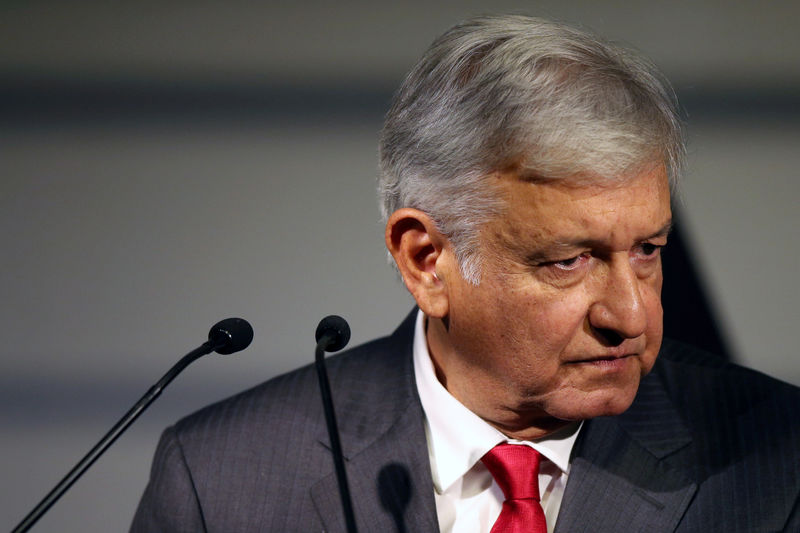 MEXICO CITY (Reuters) – The second package of infrastructure investments assembled between the Mexican government and the private sector is worth up to about 200 billion pesos ($10 billion), according to two people familiar with the matter.

The package follows an initial 297-billion-peso raft of investments set out last month, and heralds a further thawing in what have often been frosty relations between Mexican President Andres Manuel Lopez Obrador and business groups.

Lopez Obrador said on Nov. 6 the next bundle of private sector-backed investments would soon be unveiled.

On Tuesday, Carlos Salazar, head of Mexico’s Business Coordinating Council (CCE), which is helping to draw up the package, indicated it could be next week. Such announcements have suffered delays in the past.

The planned investments should be worth in the region of 170-200 billion pesos, though details are still being finalized, the two sources said. A third private sector investment package could be ready by early February, one of the sources said.

The CCE and the president’s office did not immediately respond to requests for comment.

Among the items due to be included is one of the biggest privately-funded energy sector projects in Mexico: U.S. company Sempra Energy (NYSE:)’s $2 billion liquefied export plant near the northwestern port of Ensenada, the sources said.

Sempra said last week it was going ahead with the project, which has been held up while the company waited for the government to grant the requisite permit.

It did not mention the permit in that announcement. But Sempra now has it, two company sources said.

A spokesman for the president’s office confirmed the permit had been authorized.

Lopez Obrador has veered between condemning business interests as a corollary of political corruption, and underlining private investment’s importance to economic growth.

His government has pushed several initiatives aimed at addressing inequality in Mexico, some of which bosses have resisted as toxic for business, including one presented this month to make it harder to subcontract labor.

Lopez Obrador vowed to broker a compromise, and this week declared officials would be in “permanent session” with business representatives to revise the outsourcing law.