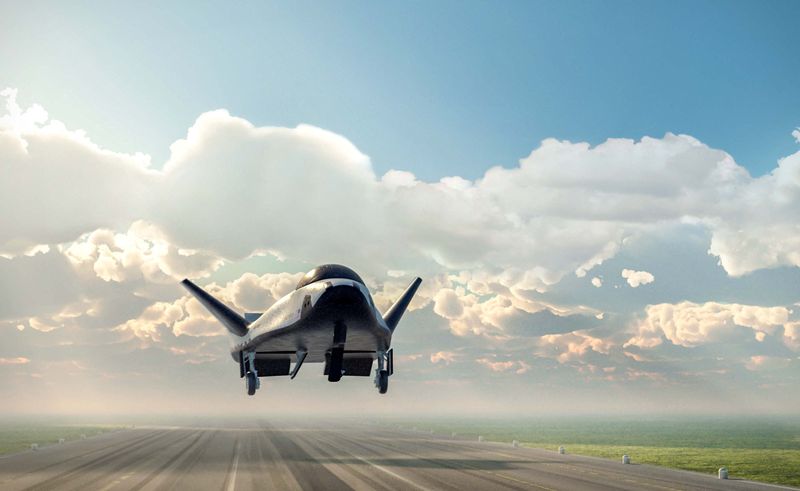 SEATTLE (Reuters) – Months after receiving a major infusion of capital, Sierra Nevada Corp’s space unit, Sierra Space, has tapped a veteran Boeing (NYSE:) Co executive to helm its finances as it races to develop its flagship space plane and studies a public offering, two people familiar with the matter said.

Outgoing Sierra Space CFO Robert Rodgers pitched investors and led due diligence efforts for around a year leading up to the landmark $1.4 billion capital round it announced in November, according to his LinkedIn profile. Sierra said it was the second-largest private capital infusion ever in the aerospace and defense sector and boosted Sierra’s value to $4.5 billion.

Replacing Rodgers will be 10-year Boeing Co veteran Troy Lahr, who departed as CFO of the aerospace company’s defense, space and security unit in recent weeks.

A Boeing spokesperson confirmed Lahr had left the company in recent weeks but declined further comment.

A Sierra Space spokesperson confirmed in a statement that Lahr would join the company soon.

“Sierra Space is assembling a world class management team, including Troy, that sees many lucrative opportunities in the marketplace for investors, while at the same time driving innovation and fueling our mission to explore space and benefit life on Earth,” the Sierra Space spokesperson said.

Industry sources say Sierra is exploring a potential public offering among other options in the next two to three years but say that no decision has been made.

Sierra Space says Dream Chaser’s ability to land on a traditional runway gives it an edge over rival solutions for delicate scientific research cargo. Rivals including Elon Musk’s SpaceX are already carrying people and cargo to the ISS.

Sierra envisions a future where a fleet of its space planes – similar to the Space Shuttle, but much smaller – ferry humans and cargo from space ports across the world to a bustling new space economy.

“We are building the next generation of space transportation systems and in-space infrastructures and destinations that will enable humanity to build and sustain thriving civilizations beyond Earth,” Sierra Space Chief Executive Officer Tom Vice said last year.