Explainer-Could the U.S. ship more LNG to Europe? By Reuters 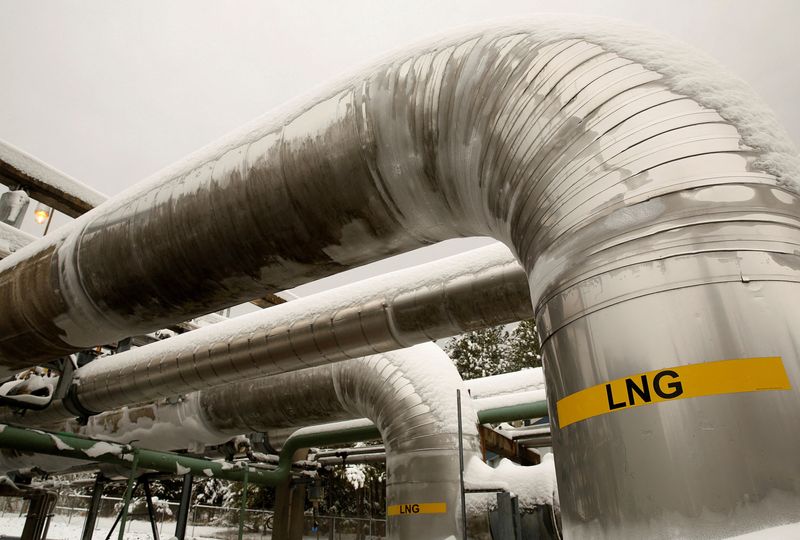 On Thursday, U.S. President Joe Biden promised the United States would deliver at least 15 billion cubic meters (bcm) more LNG to Europe this year than planned before, sources familiar with the matter said.

HOW MUCH LNG DOES THE UNITED STATES EXPORT?

The United States, which produces 96.7 bcfd of gas, has the capacity to supercool about 12.7 bcfd into liquid for transportation by tanker.

All seven U.S. LNG export plants, however, are currently operating at capacity and liquefying about 12.7 bcfd of gas. So, no matter how high global prices rise, the U.S. cannot produce anymore LNG – at the moment.

The United States has already supplied an extra 0.8 bcfd from January to February, compared to the same period a year ago.

U.S. processing capacity was on track to rise to around 13.1 bcfd by the end of 2022 as more liquefaction trains at Venture Global LNG’s Calcasieu Pass export plant in Louisiana enter service.

WHAT DOES EUROPE IMPORT FROM RUSSIA?

Russia produced about 67.9 bcfd of gas in 2021 and exported 24.4 bcfd, of which almost 75% (18.3 bcfd) went to Organization for Economic Co-Operation and Development (OECD) countries in Europe. The OECD is a club of mostly rich countries.

SO, CAN THE UNITED STATES GET MORE GAS TO EUROPE?

Yes, but it would not equal what Russia sends to Europe, and it will largely involve rerouting existing shipments.

“We expect near-term measures to support European LNG imports to rely on the reallocation of existing supply,” analysts at Goldman Sachs (NYSE:) said.

A senior U.S. administration official said the effort will involve arrangements with allies around the world, both producers and consumers, to route shipments to Europe.

Goldman Sachs said “such a relocation to Europe is already happening” because European gas prices have been among the highest in the world for the past few months.

However, Europe’s LNG terminals have limited available capacity to absorb extra supply from the United States or other major producers in the event gas from Russia is disrupted.

Facebook
Twitter
Pinterest
WhatsApp
Previous articleDecentralization, DAOs and the current Web3 concerns
Next article‘We have nothing but grief’ says father of plane crash victim By Reuters