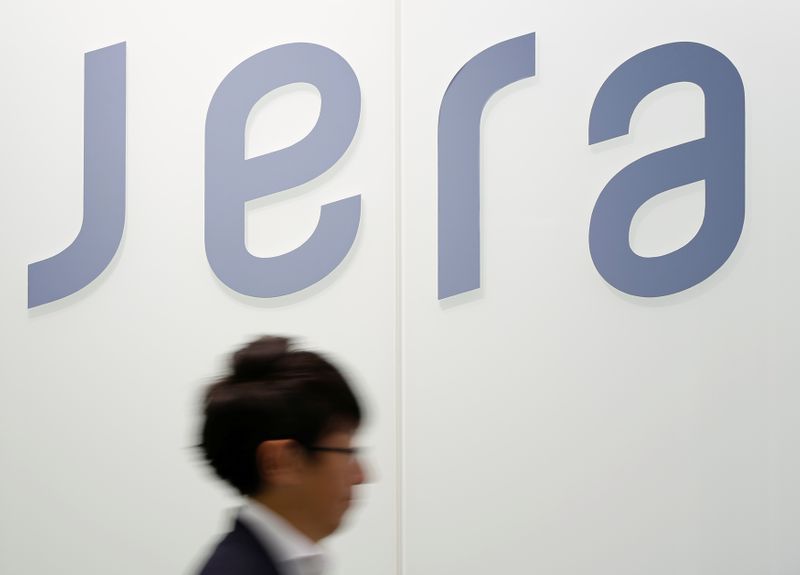 © Reuters. The logo of JERA Co., Inc., the world’s biggest LNG buyer, is displayed at the company office in Tokyo

SINGAPORE/TOKYO (Reuters) – Exxon Mobil Corp (N:) and Japan’s biggest power generator, JERA, have agreed to build a power station and import facilities for the liquefied (LNG) to fuel it in the Vietnamese city of Haiphong, the companies said on Wednesday.

LNG is growing more popular as a power generation fuel in southeast Asia as coal falls out of favour because of its impact on the climate, while plentiful supplies of gas have sent prices (AS:) tumbling in recent years.

In statements, Exxon and JERA said they had signed a pact with city authorities in the industrial centre of Haiphong, about 80 km (50 miles) from the capital, Hanoi, to build the so-called LNG-to-power project.

“Haiphong is industrializing at a fast pace, with an annual growth rate of over 20 per cent. Therefore, our annual power consumption is growing and is expected to double between 2020 and 2030,” Nguyen Van Tung, chairman of the Haiphong People’s Committee, was cited as saying in the statements.

The project is subject to government approvals, the companies added, but did not detail plant cost, size or estimated annual imports of LNG.

JERA, which is owned by Tokyo Electric Power (T:) and Chubu Electric Power, (T:), is the world’s largest individual buyer of LNG.