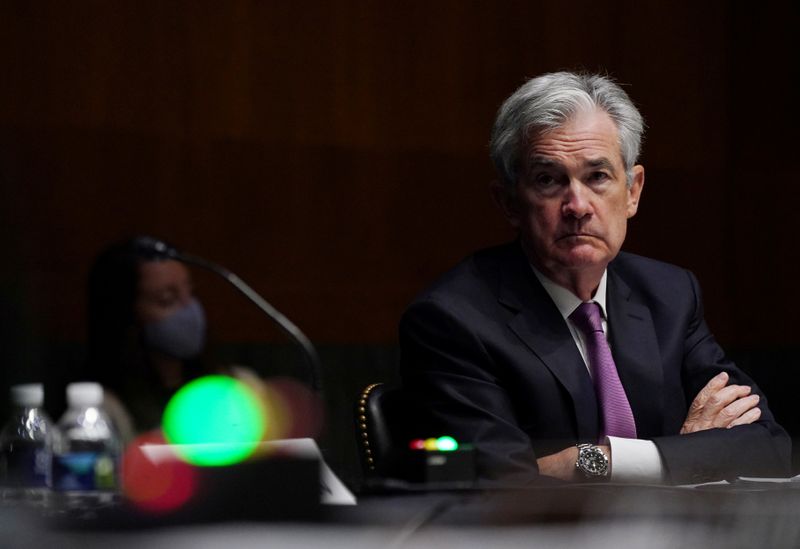 (Reuters) – The Federal Reserve will publish new color around policymaker outlooks for interest rates and the economy, and release some details earlier, changes that could give fresh insight into rate-setting decisions.

Starting with the quarterly summary of economic projections released at the December meeting, the Fed will publish details about the distribution of forecasts among participants at the same time it releases its policy decision, Fed Chair Jerome Powell said Thursday.

The materials were previously not released until three weeks later, along with the meeting minutes.

The Fed will also add two new graphs to show how participants’ assessments of uncertainty and risks have changed over time, Powell said.

The changes should “provide a timely perspective on the risks or uncertainties that surround the modal or baseline projections,” Powell said, “thereby highlighting some of the risk management considerations that are relevant for monetary policy.”

The changes are the result of an internal study, led by Vice Chair Richard Clarida, of ways to improve Fed communications.

The Fed, Powell noted Thursday, does not make policy decisions based solely on the most likely path of the economy but also with consideration to risks. Those include less likely but potentially dangerous scenarios it may want to insure against.

The new format for the release of the Fed’s projections should give better, more real-time visibility into how policymakers are seeing tail risks, which Powell on Thursday said have receded but are “very far” from being eliminated.