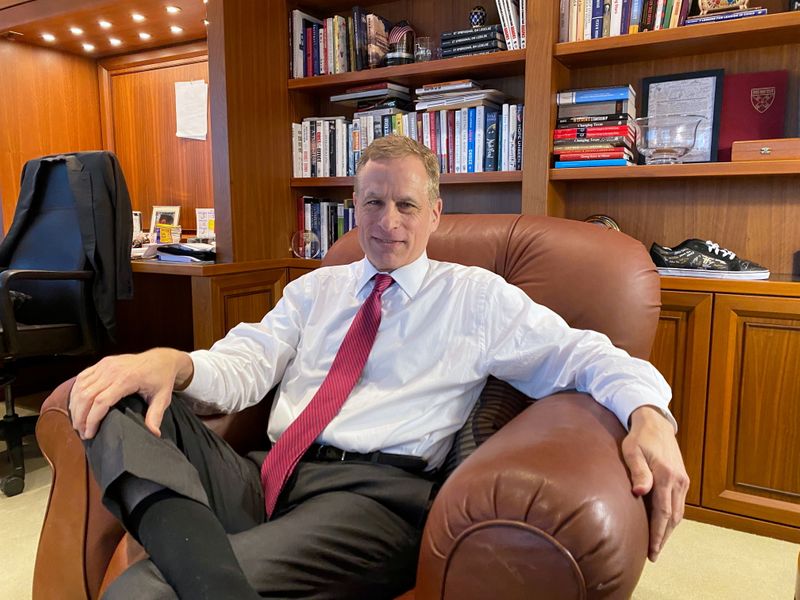 (Reuters) – The U.S. central bank should start reducing its bond-buying program “soon” and gradually, Dallas Federal Reserve President Robert Kaplan said on Wednesday, adding that doing so would give it more flexibility to be “patient” on raising interest rates.

“As long as we continue to make progress in July (jobs) numbers and in August jobs numbers, I think we’d be better off to start adjusting these purchases soon,” Kaplan told Reuters in an interview.

Doing so gradually – over a time frame of “plus or minus” about eight months – will help “give ourselves as much flexibility as possible to be patient and be flexible on the Fed funds rate,” allowing more progress on the labor market front, he said, referring to the central bank’s benchmark overnight interest rate.

In June, Kaplan said he was among the minority of Fed policymakers who thought the central bank might need to begin raising rates in 2022; the majority saw 2023 as the likely timing for a liftoff of the Fed funds rate, which is currently set near zero.

Kaplan said on Wednesday he did not know if he would pencil that same view in when policymakers submit their updated forecasts as part of the Sept. 21-22 policy meeting, but that it would depend on the economy.

The Fed is buying $80 billion of Treasuries and $40 billion of mortgage-backed securities (MBS) each month, and has said it will continue to do so until it sees “substantial progress” toward its goals of full employment and 2% inflation.

“I question, today, the efficacy of these purchases,” Kaplan told Reuters, adding that he didn’t think they were doing much to boost a labor market that he said was being held back not by lack of demand but rather by supply issues and a slow matching process between job openings and the talent to fill them.