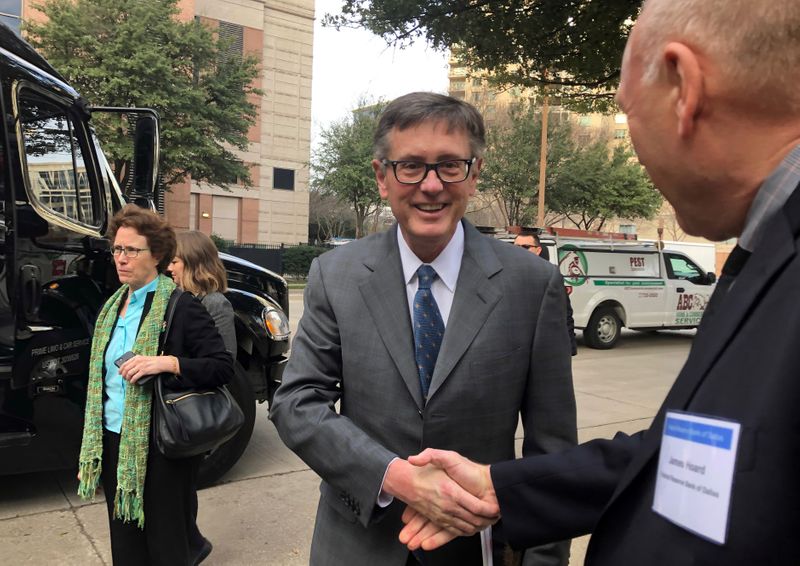 WASHINGTON (Reuters) – The Federal Reserve will use a broad set of employment measures including the labor force participation rate to determine when the economy has returned to “maximum employment,” part of an aggressive new approach to repairing the U.S. job market, Fed Vice Chair Richard Clarida said on Monday.

In an extensive elaboration on the new strategy, Clarida said the U.S. central bank was continuing to monitor the country’s economic progress during the coronavirus pandemic, and how its various programs – including the ongoing purchase of $120 billion per month in government securities – might best be deployed.

The current surge in coronavirus cases has led to speculation the Fed might alter its asset-buying as soon as December to provide more support, though Clarida in his prepared remarks for a panel hosted by the Brookings Institution gave no direct indication of that.

But he did spell out just how firmly the Fed is committed to not just returning the U.S. economy to a low unemployment rate, but ensuring that sidelined former workers are also drawn back into jobs after the dramatic job losses last spring.

Clarida said that “as a practical matter,” policymakers won’t consider the economy to be at full employment – or consider raising interest rates from their current level near zero – just because the unemployment rate has fallen back to a low level. Rather, he said, an adequate share of the population will have to be working, and the participation rate for key population groups, such as people in their prime earning years, will have to return to trend.

As long as those indicators are depressed, and as long as inflation remains controlled, “monetary policy should … continue to be calibrated to eliminate such employment shortfall,” Clarida said, with rates low and other programs like government bond purchases still in place.

But there are about 3.7 million fewer people actively looking for work, and who therefore are not counted in calculating the unemployment rate. Some have dropped out for reasons like retirement, but many have been both driven from jobs by the pandemic and prevented from returning to work by pandemic-related problems like the need for child care – issues the Fed would factor into its labor market analysis.