Investors were waiting for the November FOMC meeting minutes to clarify whether the committee would cut the pace of rate hikes. The minutes confirmed these expectations, but as they were primarily priced in, we did not see a strong reaction immediately after publication. 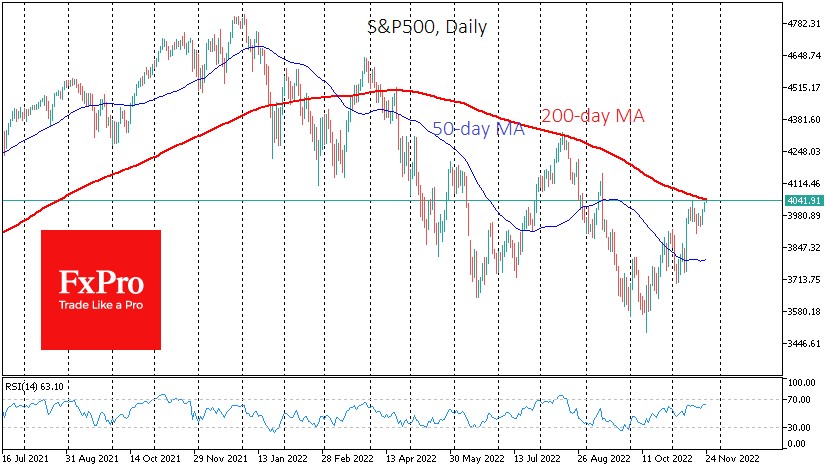 While remaining concerned about high inflation and the need for further rate hikes, the signals from the minutes further strengthened expectations that the next rate hike is likely (76% by CME’s FedWatch estimate) to be 50 points.

Despite speculators’ very measured reaction, this signal’s importance should not be underestimated as it helps the market to move up after a lull, as seen in the charts of the major benchmark US markets.

The index moved up towards the local highs set on November 15. The at the time of writing are testing the 200-day moving average, a significant indicator of the long-term trend from which the stock has reversed to a decline since April. A consolidation above 4050 would be a crucial bullish victory signal, capable of setting the tone for stocks through Christmas. 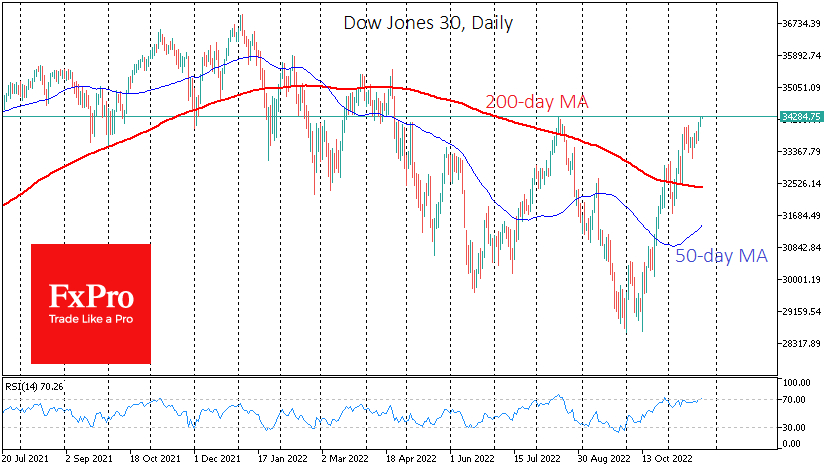 The , the top performer against the S&P 500 and , has been trading above its 200-day average for a fortnight and is now rewriting the highs from April, having broken above the August peak, which is a significant signal of a trend change. Moreover, it is now 19.9% above the lows set on October 3, flirting with the formal end of the bear market.

The broke above 1.0400 early on Thursday, climbed above the 200 SMA and is also trying to show a break of the downtrend. Fixing the pair above that level by the end of the week, or better yet, the month could further fuel the influx of speculative capital with a position bet on a further bounce. 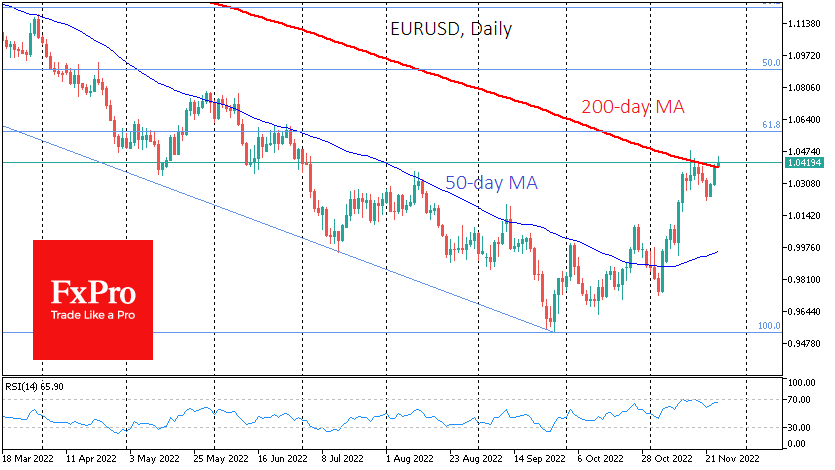 The EURUSD broke above 1.0400 early on Thursday

Separate from the tech analysis signals, we also pointed out yesterday that the US labour market is probably already losing jobs. Suppose this trend is confirmed in the official next Friday. In that case, the Fed’s confidence that the committee can raise rates above 5% and hold them at that level for an “extended period” will be in question as job cuts, if they become a trend, guarantee an economic slowdown during the quarter.