For some Ant investors, outrage that regulatory risks weren’t flagged better By Reuters 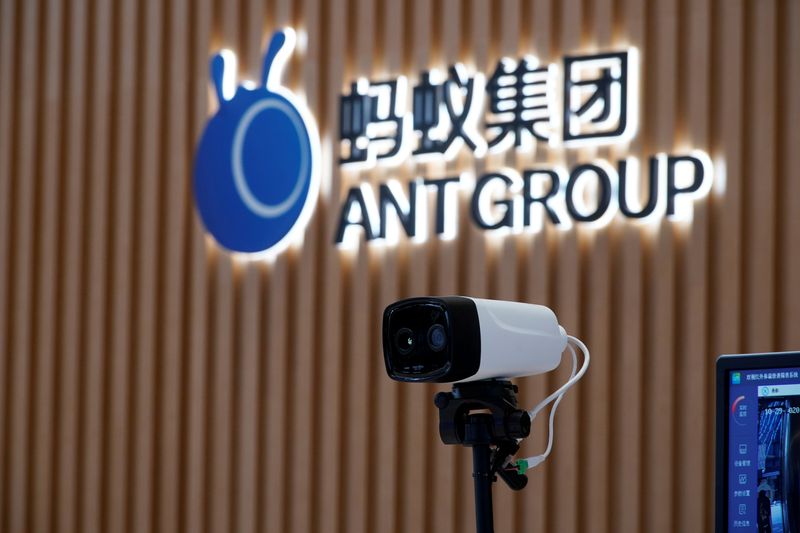 © Reuters. FILE PHOTO: A thermal imaging camera is seen in front of a logo of Ant Group at the headquarters of Ant Group, an affiliate of Alibaba, in Hangzhou

By Scott Murdoch and Kane Wu

HONG KONG (Reuters) – Some professional investors who bought Ant Group stock in its $37 billion IPO are fuming that regulatory risks were not better flagged, especially given they had to jump through hoops to participate in the fintech giant’s tightly managed roadshow.

China’s suspension of the world’s biggest float came at the eleventh hour after authorities published a consultation paper on Monday that recommended tighter rules for online micro-lending companies – which if implemented will require changes to Ant’s business model and hit its growth prospects.

Ant (SS:) (HK:) did make disclosures about major regulatory risks in China in its prospectus and investors are expected to factor in a degree of regulatory uncertainty when making investments.

However, some fund managers who bought stock in the IPO say Ant did not do enough and they wonder how it could not have known that tighter regulations were in the offing.

“There was no mention of microlending regulation tightening, that (was) not a conversation that was had,” one hedge fund manager in Hong Kong said of the roadshow.

“I don’t think (investors) thought it was an issue until the there was a last minute discussion paper from the regulators,” he added. Like many investors, he declined to be identified as he was not authorised to speak to media.

Ant said in a statement to Reuters it was not aware of the details of the draft on online micro-lending rules until it was published on Nov. 2.

“Since Ant executives were unaware of the draft online micro-lending rules, they were not the subject of any road show calls,” the statement said.

“It strikes me that this issue could have been dealt with a long time ago. It seems that Jack Ma is being schooled in front of the class for the speech he made last week,” another hedge fund manager in Hong Kong said.

For some investors, the lack of detailed discussion on regulatory risk was particularly galling given what they say were unprecedented demands made by Ant in order for them to be allowed to participate in the roadshow, and its tight control over topics discussed.

Questions during the roadshow calls – all online due to the pandemic – had to be submitted beforehand and Ant’s management chose which ones they answered, multiple sources told Reuters.

One fund manager also said he had to lodge documents outlining how the firm valued Ant, the length of time they intended to hold the stock and present staff biographies for team members taking part in the call. Another said he was required to complete a one page document on the positives he liked about Ant.

An Ant representative said the claims were untrue and it had not made such requests of fund managers during the roadshow.

While some investors were upset, others, who also bought Ant stock, were not, saying the complaining reflected a lack of due diligence.

“The question for other asset managers is why were you putting in billion dollar orders if you hadn’t done this homework and now feel this way?,” said a London-based fund manager.

He said he was able to ask questions on the roadshow, adding that he had a good “independent understanding” of the regulatory framework that did not rely on input from Ant management.

Sam Lecornu, co-founder of Stonehorn Global Partners (NYSE:) in Hong Kong, added he was not as surprised as others by the suspension.

“The risks were disclosed very clearly for the people who took the time to read them. We still have our belief that the management can navigate risks like this now and into the future.”