French unemployment surges to two-year high of 9.0% in third quarter By Reuters 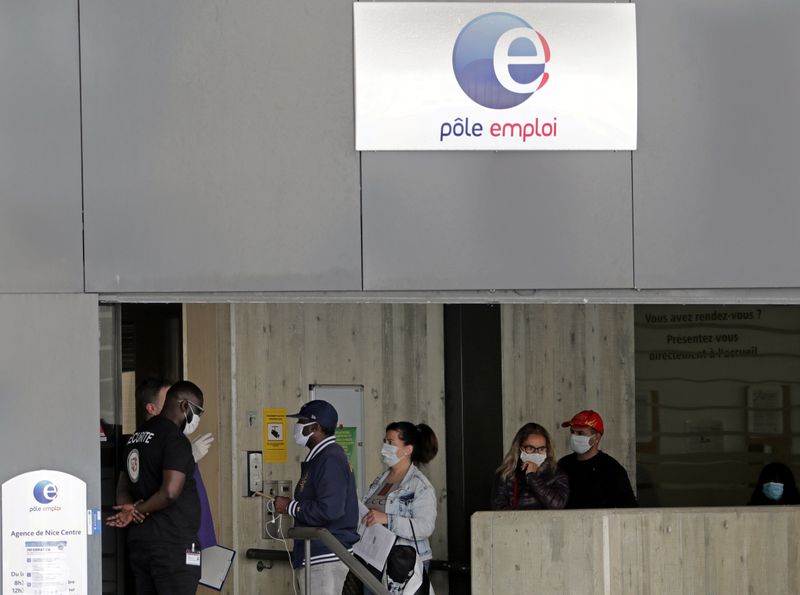 PARIS (Reuters) – France’s unemployment rate rose to its highest level in two years in the third quarter, the INSEE statistics office said on Tuesday, as the euro zone’s second-biggest economy grapples with the fallout from the COVID-19 crisis.

INSEE said the jobless rate jumped to 9.0% from 7.1% in the second quarter, its highest level since the third quarter of 2018.

INSEE said that marked the single biggest quarterly increase on record going back to 1975, but it was largely because the rate had been skewed in the previous two quarters because people were not able to look for work due to a mid-March to mid-May coronavirus lockdown.

The surge risks putting President Emmanuel Macron’s goal of reducing unemployment to 7% by the end his term in 2022 out of reach. It he had inherited a jobless rate of 9.5% when he came to office in 2017.

France saw its worst post-war recession in the first and second quarters due to the lockdown, but the economy came back to life in the third quarter – before a second lockdown was imposed on Oct. 30 to contain a new wave of the virus.

The Bank of France said on Monday the country’s economic activity was 12% lower than normal this month, after it entered the new lockdown.

In a separate report, INSEE said that industrial production had risen 1.4% in September from August, beating expectations on average for 0.8% in a Reuters poll.