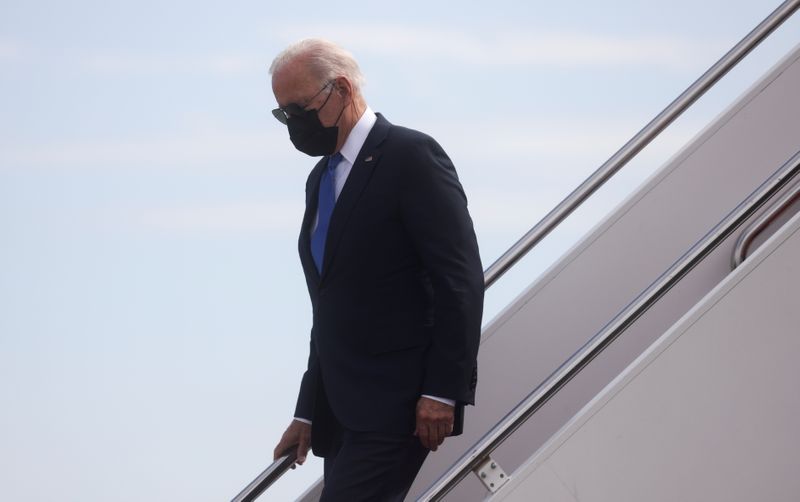 HARTFORD (Reuters) – U.S. President Joe Biden touted a crucial part of his economic plan, funding for childcare that will free parents, mostly women, to work for pay, in a speech at a Connecticut childcare center Friday.

“How can we compete in the world if millions of American parents, especially moms, can’t be part of the workforce because they can’t afford the cost of childcare or eldercare,” Biden said.

Biden originally pitched $200 billion in funding for universal pre-kindergarten and other childcare programs as part of a broader “Care Economy” policy aimed at boosting economic growth by paying child and home health care workers better, and freeing up unpaid caregivers to go to paying jobs.

The White House is also pushing for tax credits for businesses to build on-site childcare.

“So you go to work with your child, and you have a serious facility onsite,” Biden said, citing studies that show that such operations increase productivity.

Biden recounted his own experience as a young senator, after his wife and daughter were killed in a car accident. Even on a congressional salary, “I could not afford childcare” for his two sons, Biden said, adding he was lucky to have relatives who could help.

He commuted by train to Washington from his home state of Delaware every day because “the train was cheaper to be able to take every day,” than childcare in Washington, he said.

The White House has cited Yellen, Harris urge childcare investments to boost overall U.S. economy outside estimates that U.S. gross domestic product would expand by 5% if women, who do most of the unpaid care work, participated in the workforce at the same rate as men.

A $3.5 trillion spending package Democrats presented in August included over $700 billion in funding for social programs, including pre-kindergarten and paid leave, community college and grants for low-income students. Democratic Senators Joe Manchin and Kyrsten Sinema want to trim the package significantly, and Republicans are universally expected to against it.