Funding for climate disasters is ‘failing’ those most vulnerable, says IFRC By Reuters 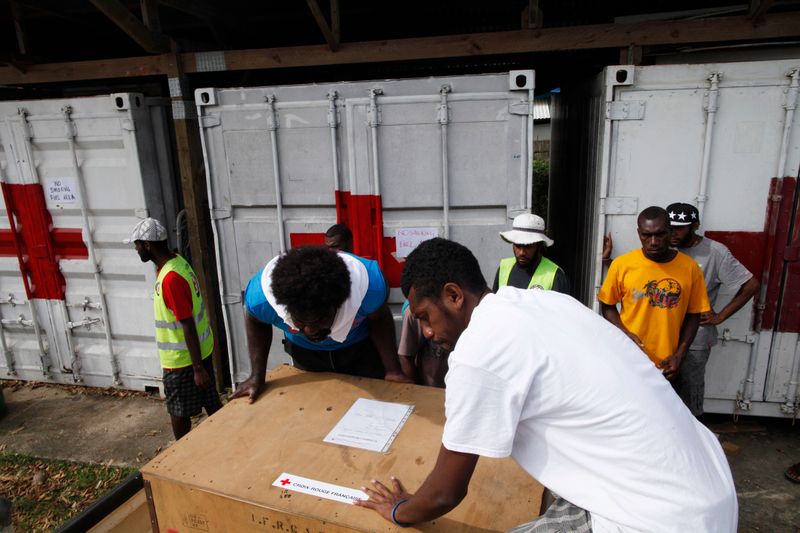 © Reuters. Volunteers load up aid equipment to be delivered to outlying islands at a Red Cross aid centre, days after Cyclone Pam in Port Vila, capital city of Vanuatu

GENEVA (Reuters) – The number of disasters caused by extreme weather and climate-related events is surging, the International Federation of Red Cross and Red Crescent Societies said in a report on Tuesday, but funding is not getting to where it is needed most.

Cases of floods, storms and heatwaves per decade have increased by nearly 35 percent since the 1990s, affecting 1.7 billion people over the last 10 years and killing some 410,000, according to the IFRC’s 378-page report “Come Heat or High Water”.

Such events now account for 83 percent of all disasters and there is a growing risk of simultaneous disasters, the report said, adding to growing signs of a dramatic increase in extreme weather events.

However, funding to cope with such events does not always flow to the most vulnerable, the study found.

“There is a clear disconnection between where the climate risk is greatest and where climate adaptation funding goes,” said IFRC’s Secretary General Jagan Chapagain, adding that the aid community was “failing” some countries.

Among the countries that were ranked as being most vulnerable to such disasters were Sudan, which has experienced record floods this year, and drought-prone Somalia. But these nations respectively received just 27 cents and 59 cents per person in climate adaptation funding in 2018, the study showed.

Conversely, none of the five countries with the highest funding had a high vulnerability score, it said, without naming them.

“There are particular countries that are particularly vulnerable…and they are being left out,” said Kirsten Hagon, the lead author of the report.

Global efforts are being made to address the imbalance.

As part of a commitment under the 2015 Paris agreement, wealthier countries pledged to provide $100 billion a year to help poorer countries tackle climate change by 2020. However, funding has so far fallen short, according to the latest data from the OECD that estimated flows at $79.8 billion in 2018.

Asked about the reasons for the funding disconnect in the report, the IFRC’s Chapagain said that sometimes donors’ own stringent accountability requirements were an impediment.

“It’s probably not about donors getting it wrong but about how funding decisions get taken,” he said, saying donors could be “very, very demanding” and that this needed to be addressed.