The rebound off the 162.95 support level lasted until the 169.05 resistance level, with the technical oscillators confirming the recent sideways move. The RSI is flattening above the neutral threshold of 50, while the MACD is standing above its trigger line in the positive region, but the momentum is very weak.

Should prices reverse lower, immediate support could come from the 20-day SMA at 167.10 ahead of the 50-day SMA at 165.27. A drop below this area would take the pair closer to the 162.95 barrier and the 200-day SMA currently at 162.60. Further losses would open the way towards the 159.70 bottom, while a breach of this level would shift the outlook from positive to neutral.

To the upside, there is immediate resistance just above the 169.00 psychological mark, while above that, the next major resistance to watch is the almost seven-year peak of 172.10. If there are further advances, the bulls may extend the upside move towards the inside swing low from April 2015 at 175.00.

To summarize, GBPJPY has been in an ascending movement since March 2020 in the long-term timeframe; however, the short-term picture is lacking a clear direction. Any climbs above the multi-year peak would endorse the broader outlook again. 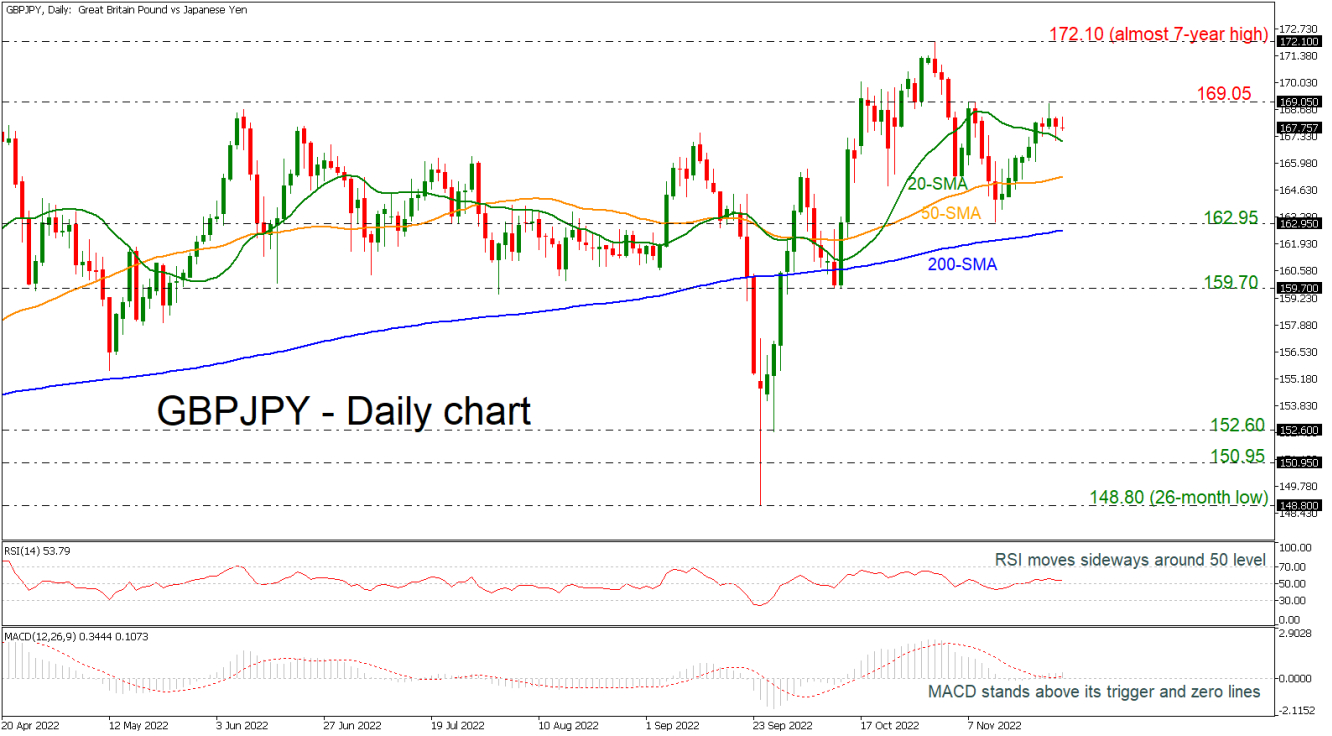