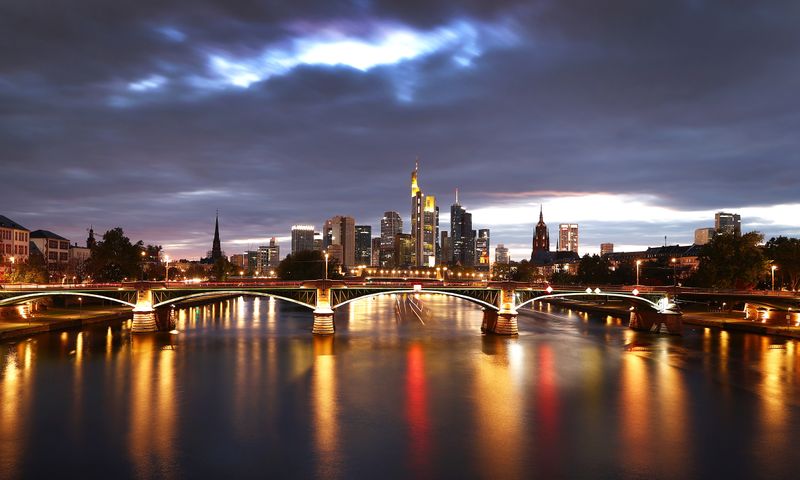 © Reuters. Outbreak of the coronavirus disease (COVID-19) near Frankfurt

BERLIN (Reuters) – The German economy grew by a record 8.2% in the third quarter as Europe’s largest economy partly recovered from its worst-ever recession caused by the COVID-19 pandemic, data from the Federal Statistics Office showed on Friday.

The jump in output from July to September was the biggest since the office began collecting quarterly growth data in 1970 and was stronger than the 7.3% increase predicted by economists in a Reuters poll.

It followed an unprecedented drop of nearly 10% in the second quarter as household spending, company investments and trade collapsed during the first wave of the pandemic.

The bigger-than-expected rebound in the third quarter was driven by higher private consumption, rebounding investments in equipment and very strong exports, the statistics office said.

Separately, the German government on Friday revised upwards its estimate for gross domestic product this year.

It now expects GDP to shrink by 5.5% in 2020 compared with a previous estimate for a 5.8% decline. Adjusted for calendar effects, it sees the economy shrinking by 5.9%.

The government confirmed its 2021 forecast for the economy to grow by 4.4%.

While Charts And Breadth Are Down, Near-Term Outlook Turns Up While Charts And Breadth Are Down, Near-Term Outlook Turns Up