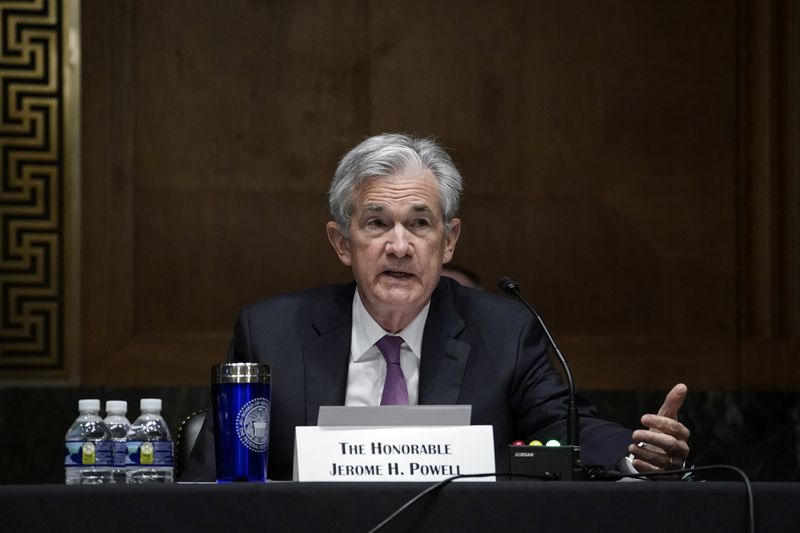 By Howard Schneider and Balazs Koranyi

(Reuters) – Top U.S. and European central bankers on Tuesday called for renewed government spending to support families and businesses as the battle against the coronavirus-triggered recession enters a newly critical phase.

Hopes for new fiscal support in the United States, however, were dealt a serious blow when President Donald Trump abruptly canceled ongoing negotiations with Democrats in the U.S. House of Representatives.

The growth in new COVID-19 cases is again accelerating in parts of the United States and Europe, raising the prospect of new restrictions on commerce even as whole industries and millions of households are still reeling from those imposed in the spring during the first viral wave, and local governments struggle to make up for lost tax revenue.

Those health risks and the possibility of a long “slog” of slow economic growth and elevated joblessness means a “recessionary dynamic” could still take hold in which weak growth feeds on itself through successive rounds of layoffs and business failures, Federal Reserve Chair Jerome Powell told a business conference.

Early action last spring by the U.S. central bank and the passage by Congress of legislation providing trillions of dollars in direct aid to companies and families has prevented the worst outcomes “so far,” Powell said.

But “the expansion is still far from complete,” and if U.S. officials grow stingy about further help it “would lead to a weak recovery, creating unnecessary hardship for households and businesses,” Powell said, while in contrast “the risks of overdoing it seem, for now, to be smaller. Even if policy actions ultimately prove to be greater than needed they will not go to waste. The recovery will be stronger and move faster.”

Trump, however, convalescing from his own bout of COVID-19 after a three-day stay in a military hospital outside Washington, said on Twitter on Tuesday that he had “instructed my representatives to stop negotiating until after the election” on Nov. 3.

Stocks, which had been buoyed by ongoing talks between Democratic leaders in Congress and Treasury Secretary Steven Mnuchin, fell sharply.

The outcome of the U.S. negotiations could influence the pace of the global economic recovery as well, and a top European central banker on Tuesday joined the call for more spending now as the risk from the virus persists.

“These weeks are extremely critical not only for the public health issue but also for consumer confidence and investor confidence,” said Philip Lane, a member of the European Central Bank’s executive board. “We are seeing some resurgence (in the virus) and … some degree of new restrictions … In the near term, there’s no doubt, it’s the case that we need a forceful fiscal response for good macro outcomes.”

Both men delivered their remarks online to a meeting of the National Association for Business Economics, bolstering what has now become a staple message from central bankers: Concerns about high public debt levels are currently secondary to keeping households and businesses afloat through the record-setting crash in consumption, investment and jobs sparked by the pandemic.

BETTER TOO MUCH THAN TOO LITTLE

At least in the United States, the rebound from the coronavirus crash was, at first, stronger than expected – largely because a variety of U.S. government and Fed programs “substantially muted the normal recessionary dynamics that occur in a downturn,” with fewer bankruptcies and fewer permanent layoffs than would have occurred otherwise, Powell said.

The record in Europe has been spottier. Goldman Sachs (NYSE:) estimates the U.S. economy will contract 3.5% in 2020, while gross domestic product in the euro area will fall by 7.9% – and nations including France, Italy and Spain could see double-digit declines.

But even in the United States, the pace of recovery “has moderated” from earlier this year, and with that slowing comes the risk “that the rapid initial gains from reopening may transition to a longer-than-expected slog back to full recovery,” Powell said.

That sort of prolonged slowing, he warned, could “trigger typical recessionary dynamics as weakness feeds on weakness.

In that situation, he said, officials should risk doing too much for those in need rather than too little, an implicit call on Congress and the Trump administration to aim high in their deliberations over how much more to spend on aid for households and businesses. Markets had expected the talks to lead to another $2 trillion or so in fiscal aid.

The comments mark a slight shift in Powell’s analysis of where the U.S. economy stands at a moment when the virus continues to spread and the economy divides between sectors and people doing well and those facing serious trouble. Where his earlier rhetoric focused on building a financial “bridge” to the post-pandemic era, he has now suggested that even a recovery that slips into too low a gear could devolve into a self-fulfilling recession.

“The economy is recovering, but even if we don’t have an immediate double-dip recession, if it’s just a very, very slow recovery, that itself could be problematic,” said Kathy Bostjancic, chief U.S. financial economist with Oxford Economics.