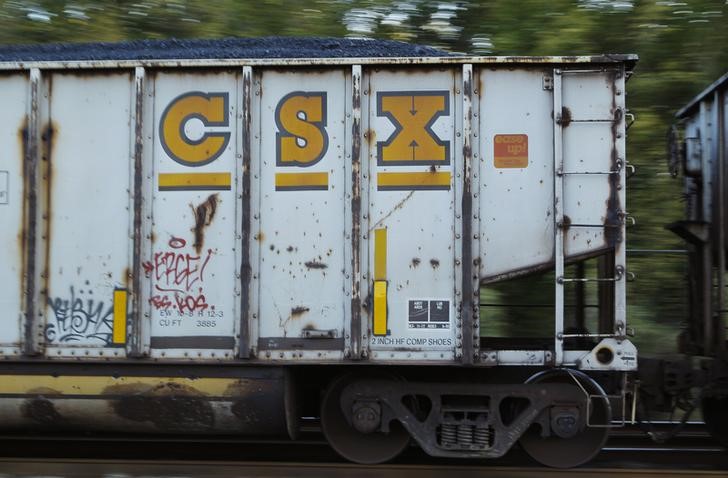 (Bloomberg) — The world’s major shipping companies, riding an unprecedented wave of demand for everything from housewares to medicine, are finding the record for the largest load of containers hard to hold onto this year.

The newest titleholder, the 400-meter-long Jacques Saadé owned by France’s CMA CGM SA, docked in Malta on Tuesday capping a maiden voyage that began in Singapore two weeks ago. On board are 20,723 full containers, using about 90% of the ship’s capacity and dethroning HMM Co.’s Algeciras, the South Korean champion since May.

That the vessel named for CMA CGM’s late founder hauled the biggest-ever load on her first trip testifies to a global economy limping along but still lumbering ahead. While the pandemic hits spending on services like hospitality and tourism, demand for household merchandise has outpaced expectations as consumers marooned at home shop more online.

For the container liners, the change in consumer preferences is a bonanza that is also forcing them to think short term about how many ships to deploy. It’s a tricky balancing act for a capital-intensive industry that tries to anticipate economic turns years in advance and adjust capacity accordingly.

“Such a rapid shift has never occurred in the history of container shipping,” said Lars Jensen, a Copenhagen-based consultant and former executive of A.P. Moller-Maersk A/S, the world’s largest container carrier. “This also means it is realistically not possible to predict what this will mean for 2021.”

Some companies are enjoying the windfall for now, though Maersk stopped short of looking much past 2020 when it boosted its earnings guidance earlier this month. Meanwhile, the cost of moving a 40-foot container across the Pacific is still hovering near $4,000, almost triple the rate at the start of the year — even after the industry’s usual peak season from August to mid-October.

In this environment, “only a fool would try to predict the future,” said Alan Murphy, the CEO of analysis company Sea-Intelligence.

Still, there’s no harm in trying. Digging into the data, Murphy said the rebound in goods demand is very uneven globally, driven largely by purchases from the U.S. of home-office supplies, recreational gear, gardening tools, furniture, clothing and books.

“This would all suggest that the current surge is short-lived, and will shrink considerably if lockdowns are lifted and U.S. consumers can shift their consumption back onto services,” Murphy said.

By contrast, Oxford Economics sees the divergence of goods and services spending lasting a while. It expects world goods trade to return to late-2019 levels at the end of next year but said “we do not see a similar recovery in services until 2023.”

If that’s the case, transport costs for merchandise could stay high and buck the usual seasonal patterns.

Sanne Manders, the chief operating officer at Flexport, a San Francisco-based freight forwarder, said one result could be seaborne shipping rates that don’t come down very much like usual after China’s Golden Week holiday in early October. And they may stay elevated until mid-February.

“You typically see a softening in ocean freight after Golden Week, which is happening a little bit, but we don’t expect it to go very far down,” Manders said. “There’s not an idle ship available.”

On top of the demand pressures are structural changes in an industry that had a couple dozen major players a decade ago, and now has fewer than 10. So when the shippers cancel sailings in anticipation of a softening global economy, for instance, rates will inevitably be volatile.

“The supply-demand situation is strong right now in favor of the carriers,” Manders said. “The consumer is just buying a lot of stuff.”

“It does seem that the container industry has finally gotten religion when it comes to supply management. The big question — which is anyone’s guess — is how long will this discipline last. When the economy is growing again, will carriers chase that growth with capacity? My guess is that some will, while others will stick to guns.”

Few places illustrate how the container shipping industry is running at full steam right now better than the two ports in the Los Angeles area, the biggest gateway for Asian exporters into the world’s largest economy.

The Port of Long Beach, which handled a record 2.3 million containers in the third quarter, recently designated idle acreage for overflow storage to avoid bottlenecks between ships, trains and trucks. There are currently 1,300 empty and full containers on the site.

The port might even eek out 2% to 3% growth in container volume this year after a rough first half of declines, said Mario Cordero, executive director at the Long Beach facility. “My concern for 2021 really comes down to where’s the economy going to go, and that’s uncertain right now.”

On the U.S. East Coast, the Port of Savannah posted its own record volume in September — the kind of activity that’s bolstering other links in supply chains.

CSX Corp (NASDAQ:)., the Jacksonville, Florida-based railroad, just finished a quarter in which its intermodal business — where containers move along a network of trains, trucks and ships — contributed the most to its overall revenue in the company’s history, an exective said.

“We talk to our channel partners and the ports and our international steamship lines,” said Mark Wallace CSX’s executive vice president of sales and marketing, according to a Bloomberg transcript of an earnings call last week. “The best visibility they have now is we see continued strength and replenishment beyond Chinese New Year and deep into the first quarter.”