Hold On To Your EOS By DailyCoin 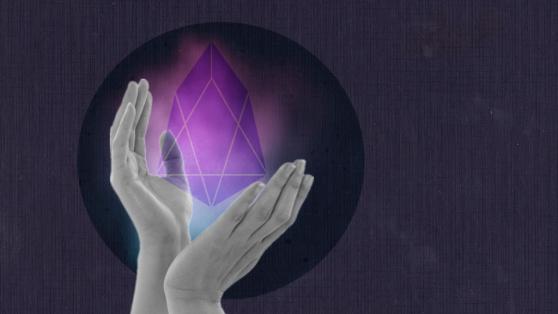 Hold On To Your EOS

Development and reliance on smart contract platforms incentivized new blockchains to compete with Ethereum, intending to become “Ethereum killers.” Yet, Ethereum network hegemony persists regardless of its scalability issues. So why haven’t protocols such as EOS, which raised $4.1 billion during their year-long ICO, attain a more substantial growth?

EOS Challenges From Day One!

EOS’ blockchain effort has been nothing but tumultuous as their blockchain faced countless rebuffs. EOS’ ICO success caught the attention of the SEC who ordered Block.One, the company that developed EOS, to pay a fine of $24 million for selling unregistered securities. Furthermore, the one-week delay of their mainnet indicated additional issues for the hyped blockchain.

Additionally, the workarounds of EOS have been relatively criticized, with developers leaving EOS due to network and economic shortcomings. Reports indicate that while EOS was free to use, it still required those using the network to “hold” tokens as a form of staking. Without a doubt, EOS’s Proof-of-Stake consensus facilitates fast and cheap transactions; however, only 2 EOS dApps are ranked in the Top 25 blockchain dApps. What’s more, Effect Network, EOS’s largest network dApp, abandoned the network in favor of the “fast-rising” BSC.

Discrediting EOS has extended as the network continued to struggle. For example, a report from Atlas (NYSE:) VPN indicates the protocol accounted for 117 total breaches out of 336 hacks or 36% of all attacks. Furthermore, Dan Larimer, the CTO and developer of EOS, resigned at the end of 2020, further impeding EOS’s possibility of performing their initial ICO proposition of developing the “Ethereum killer.”

EOS network continues to trend negatively within the developer community. Data from Electric Capital indicates that EOS was the only one to lose developers partly due to governance disassociation among high-end blockchain. A high-entry point for developing EOS and concerns about centralized governance prompted developers to seek alternatives or fork EOS into the more sustainable Telos or WAX.

EOS is losing credibility within the blockchain space, plummeting to the 29th blockchain by market capitalization and losing more than 75% from it’s all-time year high of $14.88. Yet, despite incongruences in their technology, EOSIO and EOS have a technological stamp of approval. What’s more, Block.One’s announcement of their exchange, ‘Bullish’, refueled investor’s interest, pushing the price to a two-year high.

A New Slate, This Time For Good!

The hope of complete decentralization increased the dependence of DeFi as a new blockchain by-product. However, multiple reports indicate Block.One practices a centralization policy, which according to Luke Stokes, hinders the network’s ability to enforce decentralization. Furthermore, their governance model has come under scrutiny after multiple instances indicated transactions might have been restricted as well as validator cartels gaming the network.

Still, Block.One has raised $10 million to create a new hybrid form of a decentralized exchange. EOSIO and EOS are used to sign transactions and create an audible trail of data cryptographically. In short, Bullish is a mix between regulatory enforced exchange and automated decentralized AAM.

While the promise of decentralization was well-received, Bullish will operate similar to Coinbase, but with one distinction. Receipts will be written and can be fully audited on the EOS blockchain. Although providing immutable data inputs increases transparency, it doesn’t make the exchange decentralized.

Block.One aims to improve its market opinion by increasing the network activity. Bullish is backed by the likes of Alan Howard or Galaxy Capital, whilst Block.One injected $10 million, 164,000 BTC, and 20 million EOS. What’s more is that the company plans to list on the NASDAQ through a special merger company (Spac), valued at $9 billion.

However, FTX’s co-founder, Sam Bankman-Fried, argued in a Twitter thread that, instead of competing with Coinbase, Block.One follows the MicroStrategy avenue of becoming a crypto reserve entity, helping institutional investors finance their crypto portfolio. Regardless of their goal, Bullish has an end goal that involves putting EOS to use.